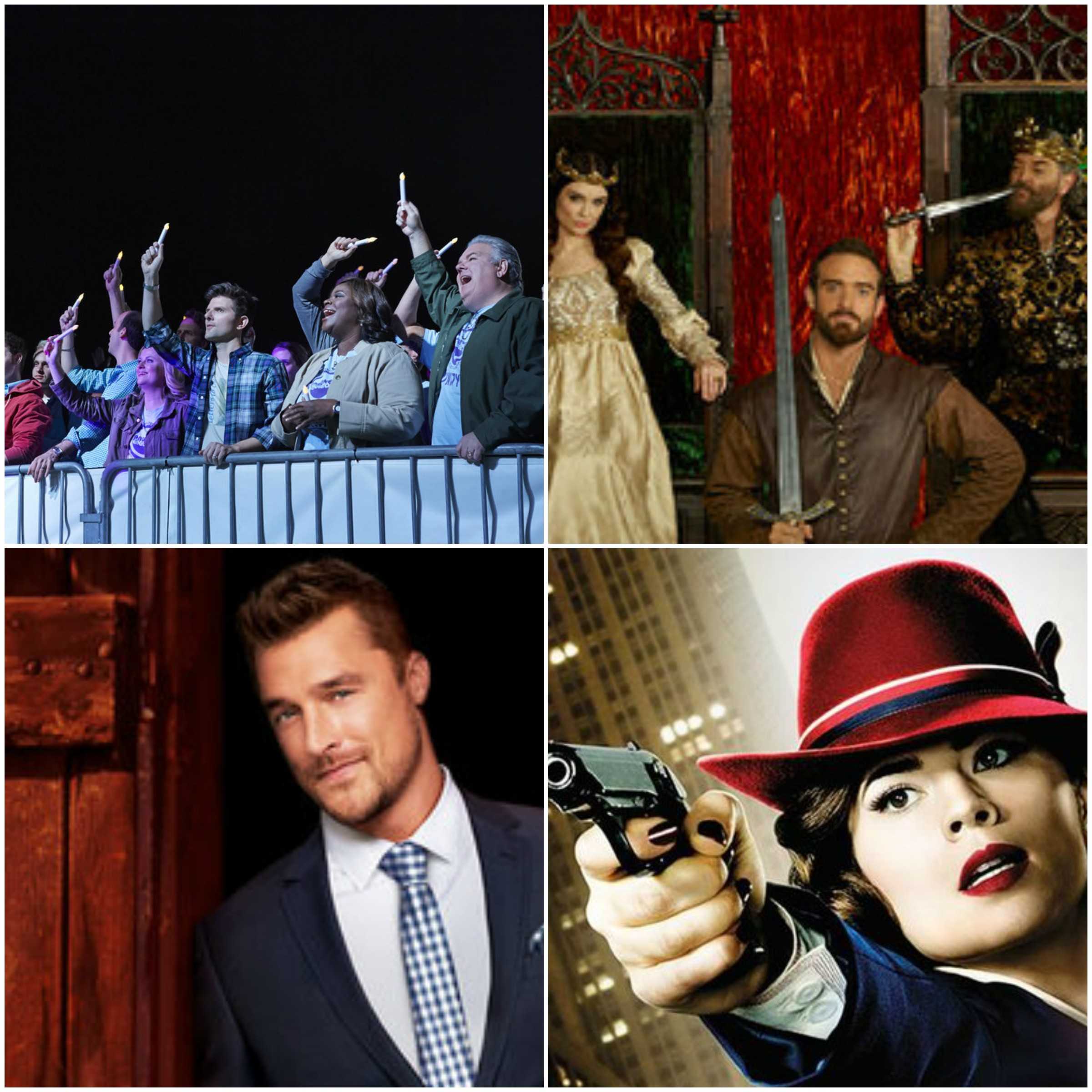 New episodes of both new and returning TV series air this winter. Included are (from left to right) “Parks and Recreation,” “Galavant,” “The Bachelor” and “Agent Carter.” Photos courtesy of ABC and NBC Universal.

The start of 2015 marks the beginning of new winter TV, and what better way to start off the semester than to kick back and ease into the new year with the shows winter offers? Here’s a preview of some of the most anticipated shows for 2015: 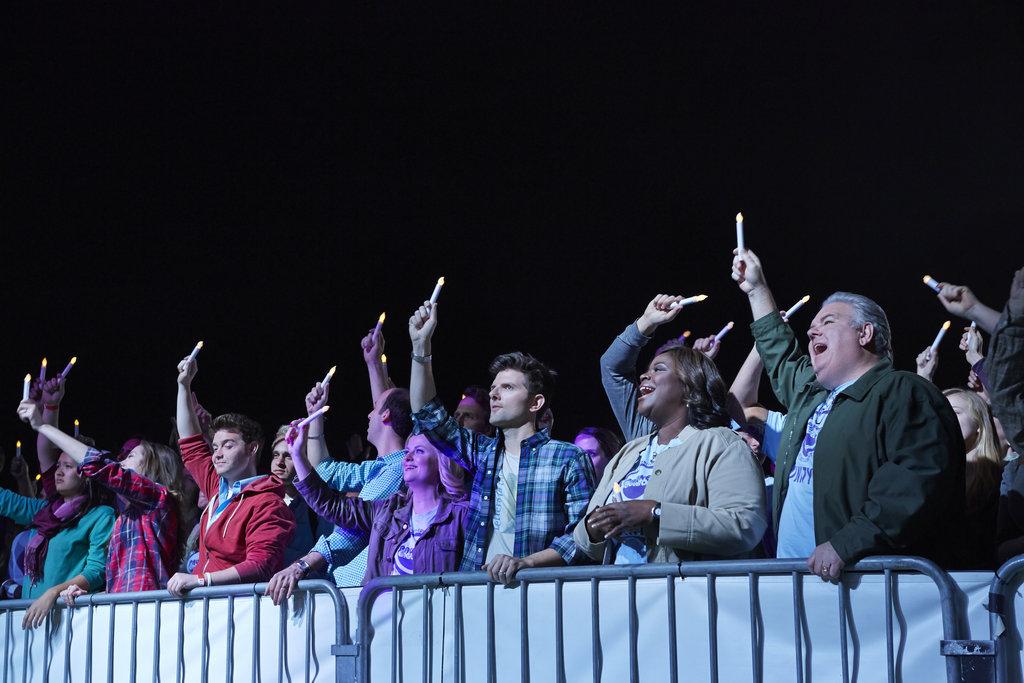 Cast of Parks and Recreation wave glowsticks at the during the season 6 finale. Photo: NBC Universal.

At 8 p.m. on Tuesdays, “Parks and Recreation” returns for its seventh and farewell season on NBC. The sitcom features Leslie Knope (Amy Poehler), an enthusiastic city employee in small town Pawnee, Ind. Some of the funniest moments of the show are based on extreme character traits such as the irony of Ron Swanson’s (Nick Offerman) extreme libertarian and anti-government political views despite working for the government. We suggest watching the previous seasons on Netflix or Hulu+ before watching the premiere to fully understand the humor. The new season plans to bring back minor characters such as orthodontist and city councilman Jeremy Jamm (Jon Glaser) and Tammy II Swanson (Megan Mullally), Ron’s manipulative ex-wife. Grab some JJ’s Diner style waffles and tune in.

Sundays on the American Broadcasting Company feature the quirky musical-comedy “Galavant.” The self-proclaimed “comedy extravaganza” includes the talent of Timothy Omundson, known for his role as Carlton Lassiter in the hit-show “Psych,” stealing the spotlight as the evil king. “Galavant” could be described as the musical mix between “Robin Hood: Men in Tights,” “The Princess Bride” and “Monty Python.” Ridiculous, yes. Fun and entertaining, also yes. It tells the story of Galavant (Joshua Sasse), your typical dashing hero and his adventure to rescue his one true love, Madalena (Mallory Jansen), from the evil king, only to find that his fair maiden doesn’t want to be saved. Obviously what ensues is a racing enterprise to win her back, filled with ridiculous comedy and equally ridiculous musical numbers. Composer Alan Menken (“Little Shop of Horrors,” “The Little Mermaid,” and “Beauty and the Beast”) and lyricist Glenn Slater (who previously collaborated with Menken in “Tangled”) deliver in the musical aspect with one ambitious and cleverly worded song after another. There is nothing quite like it, a musical medieval sitcom that is definitely worth checking out. 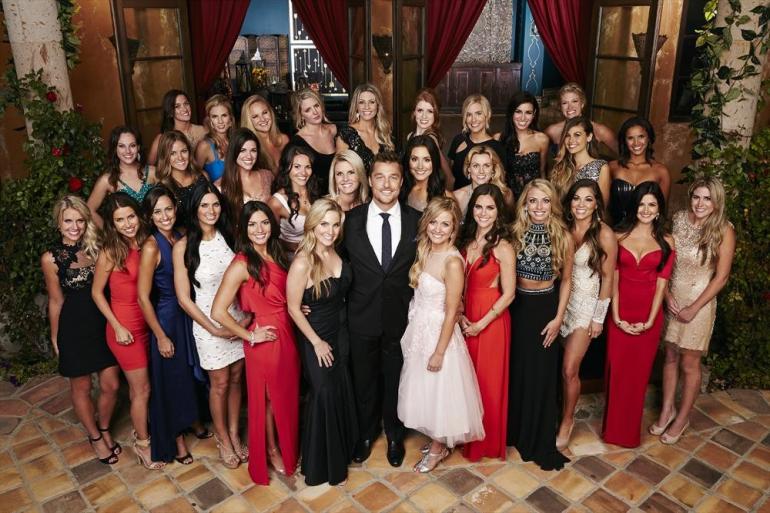 The Bachelor returns to the screen. Photo: ABC

At 8 p.m. on Mondays, “The Bachelor” will return to ABC. The new season took off with its classic three hour premiere . However, this year the producers decided to change it up a bit and host the first live show in the 18-season history of “The Bachelor.” Chris Soules, a.k.a “Prince Farming” and a fan favorite during Andi Dorfman’s season, returns as the new bachelor. Soules is charming, rustic, humble and the perfect new lead for this reality “romance.” Over the course of the eventful three-hour episode, Soules kisses a contestant, meets two widows and even calls a time out from the rose-giving to rethink things. Bachelor fans everywhere are in for a treat as there will be more backstabbing, fighting, tears and, as always, a slew of broken hearts, all part of the drama that quite honestly makes the show worth watching. 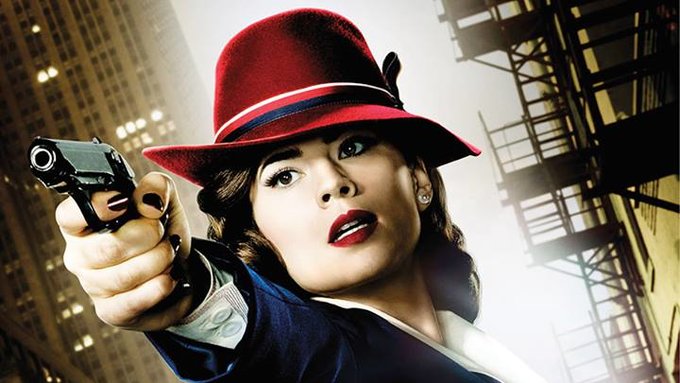 At 9 p.m. on Tuesdays, ABC plans to take viewers to 1946 New York in Marvel’s “Agent Carter.” As soldiers return home from World War II, Agent Peggy Carter (Hayley Atwell) deals with the sexism that has been brought upon by peace and finds herself doing menial work. Carter works for the Secret Scientific Reserve, an American intelligence agency. This superhero tale gone TV is perfect for those who cannot get enough of Marvel comic books and movies. The show is not only appealing to superhero lovers, but its “Girl Power” attitude also attracts a separate audience. The pilot has already aired but can be viewed through ABC  and Hulu. Agent Carter is one of a kind and will be worth watching.