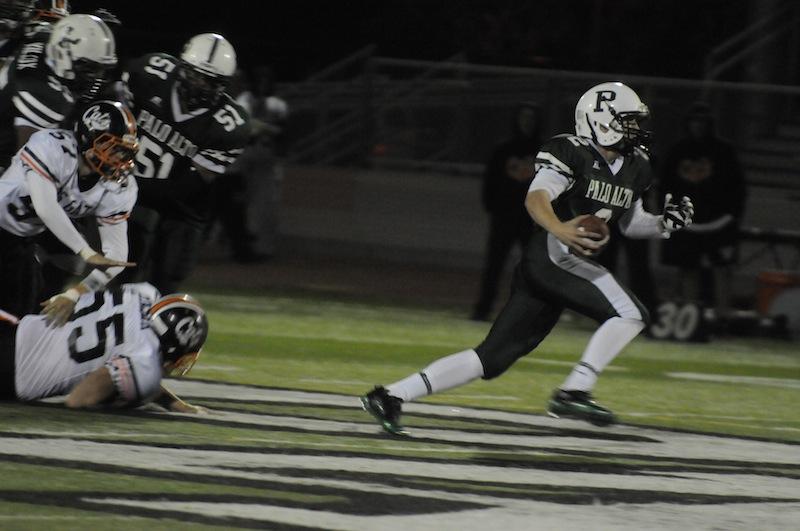 After starting the season off with a last-second victory followed by a blow-out loss, the Palo Alto High School football team (1-1, 0-0) returns home this Friday to take on an out-of-division powerhouse, the Archbishop Mitty Monarchs (0-1, 0-0).

The Vikings, led by first-year head coach Jake Halas, began their season on a high note, defeating the Sequoia High School Ravens (1-1, 0-0) 30-28 on Sept. 5 thanks to a game-winning field goal by junior kicker Jose Patino. Last Friday, the team took a step back, getting shut out by the San Benito High School Greyhounds (2-0, 0-0), 33-0.

According to junior wide receiver Eli Givens, the team needs to play better on both offense and defense in order to beat Mitty.

“We just need to execute on offense and finish on plays,” Givens said. “The [offensive] line will be a huge help for this game and we need them every play blocking for our running backs. We’ve also been working on our defense, focusing a lot on what Mitty is going to run.”

Halas, whose defense gave up 33 points to San Benito, is confident that they will play a more efficient game against Mitty.

The Vikings and Monarchs kick off at 7:30 p.m. Friday night at Paly’s Hod Ray Field.