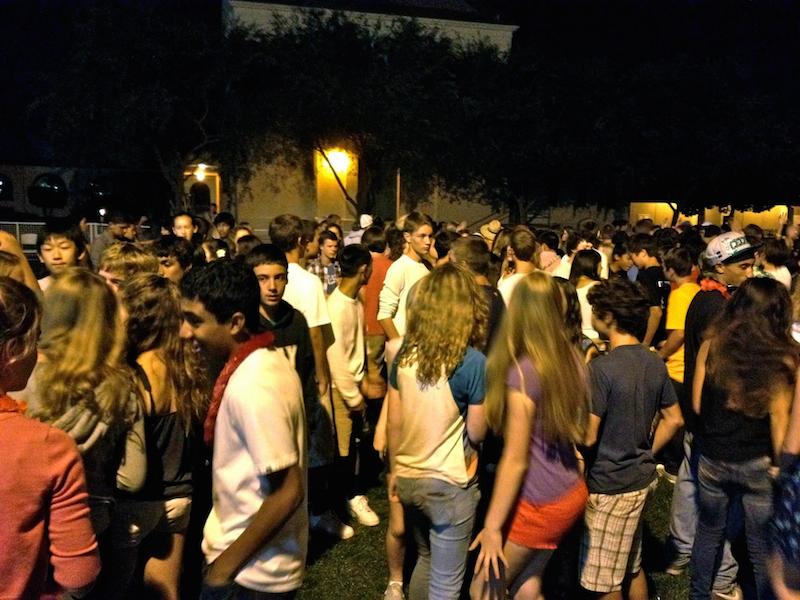 The Palo Alto High School’s Back-to-School dance will not take place this year because of a unanimous vote by the Associated Student Body.

The money will instead be directed towards other social events. According to ASB’s official minutes, the vote that took place on Aug. 20 passed 16-0 because ASB officers felt there was a lack of interest and loss of money from previous Back-to-School dances.

“Sometimes the Back-to-School dance is successful, but last year it wasn’t successful at all,” Liu said.

“We saw a sharp fall off,” Hall said.

According to Hall, anywhere between $500 and $2500 could be spent on a typical dance, depending on the cost of the DJ, snacks and tickets. Given the lack of interest, ASB would like to dedicate its time and money to events that will cater to more students’ interests.

“I’m okay having fewer dances if they are of higher quality,” Rajaram said.

The money may also be spent on ice cream socials and volleyball tournament’s on the Quad, according to Walters and Liu.

“For us [ASB], a big goal is quality over quantity,” Liu said.

While ASB made the decision to cancel the first dance due to a lack of attendance, some students are disappointed that the dance is cancelled.

“I think it’s a shame, because from what I heard last year … I actually missed out on it [last year’s dance],” sophomore Ian Garduño said. “I was going to go this year.”

However, Garduño is still looking forward to the unique events that will occur in the future.

“It’s nice to meet new people,” Garduño said. “There’s kids [coming] from JLS, Jordan and a lot of other schools, and it would be nice to meet them all in a new way. … I would definitely attend [the new social events].”

Regardless of whether the Back-to-School dance turns out for the better or for the worse, Hall says he is proud of ASB’s decision.

“They’re gonna try something completely different, which is interesting,” Hall said. “It may work it may not, but it’s different.”