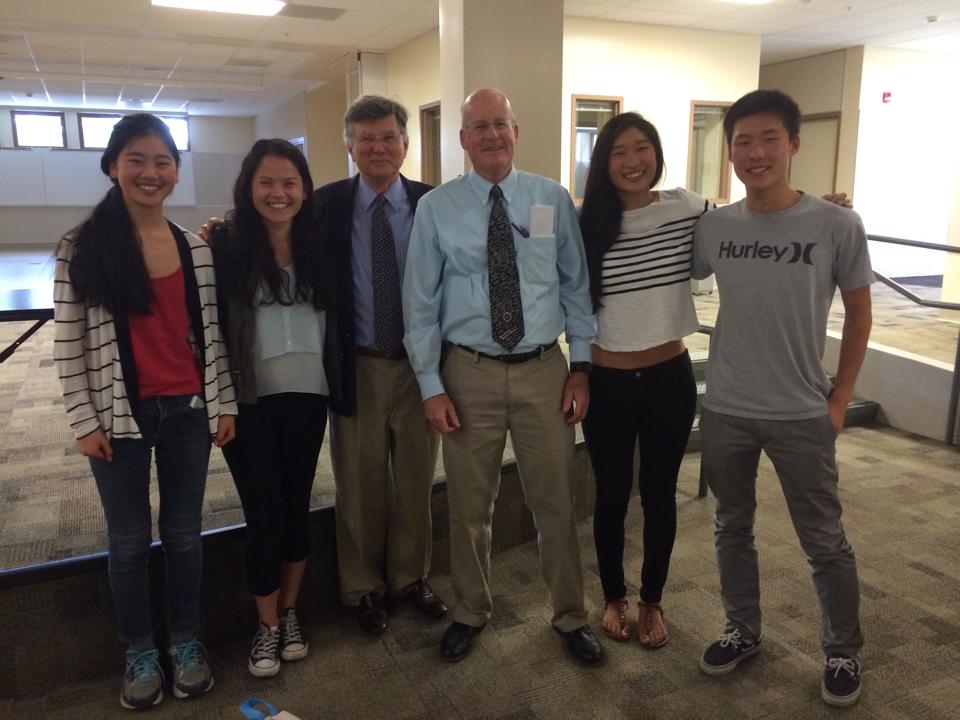 Stanford professor and Pulitzer prize-winning historian David M. Kennedy spoke to Palo Alto High School students in Advanced Placement United States History and answered their questions on Tuesday during Tutorial. He is most widely known among Paly students as the author of The American Pageant, the main text used in the APUSH course.

Kennedy started the session by reading a comical essay that was composed of funny mistakes by college students. He then talked about the importance of studying history and how it helps us understand ourselves, and ended the afternoon by fielding questions from students answering a few questions.

Junior Will Kast thought the session was both interesting and entertaining.

“The essay made from a compilation of student written essays was my favorite part,” Kast said. “I thought it was absolutely hilarious.”

For Kast, it was a great way to wrap up the year.

“Sometimes when a class is as exhausting as APUSH, you forget why studying is so important,” Kast said. “Hearing Dr. Kennedy speak was a good reminder of why it’s so important to study history.”

Assadi also viewed the experience as a great way to cap off his time studying American history at Paly.

“We read Kennedy’s book, but we never get to hear his methodology,” Assadi said. “I think it’s a great thing to participate in at the end of the year to reflect on the class, but also on the various techniques he employs in our book.”