As the swim season comes to a strong close, the Palo Alto High School swim team will compete against Gunn High School at 4 p.m. today at Gunn.

After coming off a Thursday win against Los Gatos for the boys’ team and a loss for the girls’, both of the teams look to score well at the Central Coast Section Championships.

Paly senior and swim co-captain Caroline Moser admits that although the team is relatively young compared to previous years, it has been performing well. 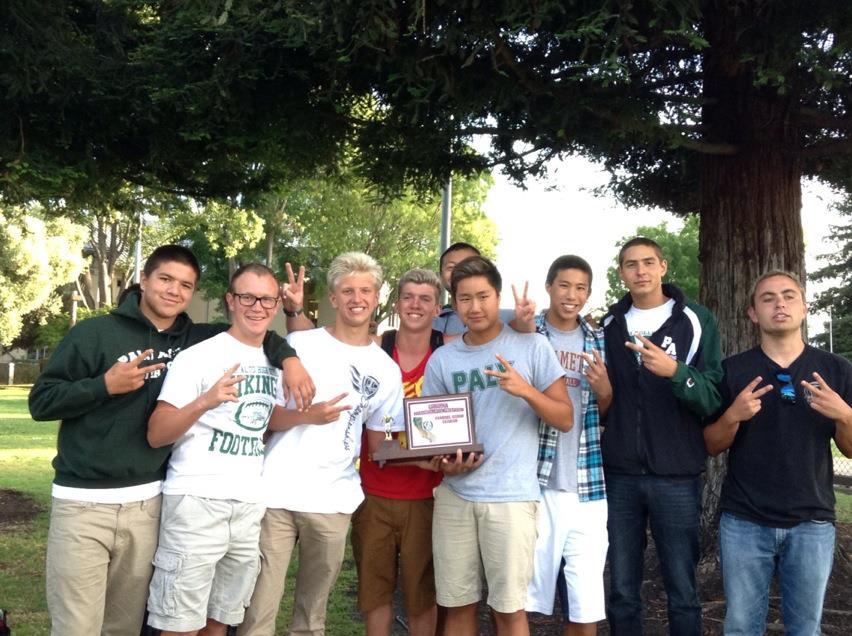 “The final score was 94-92, with Los Gatos taking the win, but our freshmen and sophomore class has really stepped up this season in both leadership and work ethic,” Moser said.

Senior and co-captain for boys swimming, Omri Newman, is happy with his team’s performance and development.

“I think the major improvement from last season in my opinion is the work ethic and morale of the team,” Newman said. “It’s clear that the guys care about what we are trying to accomplish, and everyone has set goals they are working for.”

The team’s first meet, which was the Spring Invite held back in March, helped show off the Vikings’ potential. The boys’ team beat Saint Francis, 216-180, and the girls fell to Monta Vista 177-154.

Both Moser and Newman agree that their coach Danny Dye has stepped up and showed commitment to both teams.

“He has performed as expected but also has improved as a coach,” Newman said. “He talks about evolving with the team, and I feel he has been putting an effort in doing so, as well as succeeding in it.”

“I’ve been with Danny for four years and this is the first time I’ve seen him fully involved with our team,” Moser said. “We even did a team bonding event with him.”

Earlier in the season, the Paly team gained confidence when the boys beat defending CCS champions Monta Vista and the girls’ team placed in second.

“The girls still feel positive about their meet and their chance to win the league championship come the end of the year,” Dye reflected in a blog post after the meet.