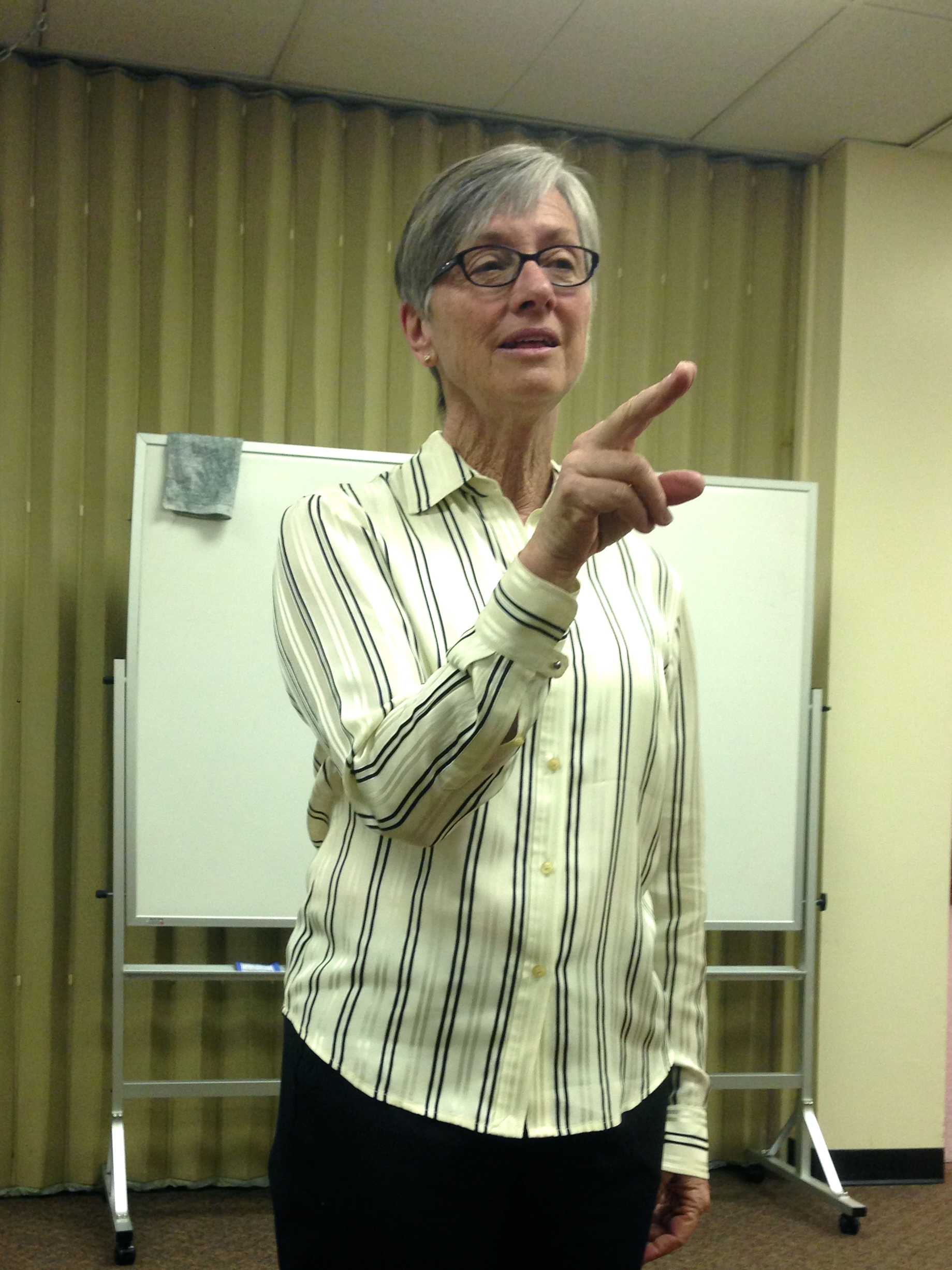 Marlene Bjornsrud came to talk to Paly students about the importance of women in sports. She and two other women founded the Bay Area Women’s Sports Initiative, an organization that helps female athletes stay in touch with their skills and help the community through sports.

When Marlene Bjornsrud was growing up, she would not have thought that she would be talking to a group of high school girls about sports. On Tuesday afternoon before an audience of 15, Bjornsrud came to Palo Alto High School to do just that as she spoke about the importance of women playing sports.

Bjornsrud, who co-founded the Bay Area Women’s Sports Initiative, drew attention to the opportunity women have in playing sports today that she did not have as a child. According to Bjornsrud, when she attended high school in the 1960s, women were only allowed to participate in three sport-related activities: cheer team, dance team the pep club.

“Never did I realize that I could have been playing those [other] sports,” Bjornsrud said. “[Now] you are living in a time where you can do and be anything you want to be.”

Bjornsrud eventually broke past the restrictions and coached the women’s tennis team at Grand Canyon University in Phoenix, Ariz., where her team won the national championship 1981. After that, she became the assistant director of athletics at Santa Clara University and is now the chief executive officer of BAWSI.

BAWSI is a nationwide organization that helps girls become a part of the sports community in a variety of ways, including initiatives to encourage father-daughter sports and after-school programs for girls where mentors help them develop their self-esteem and set goals for the future.

As an athlete and coach who has worked with renowned female athletes, Bjornsrud spoke about the impact sports can have on a person’s life. While most people stop playing sports competitively after their young adult life, she said that the talents and advice learned from sports can be used well past one’s days on the playing field.

“Learn those lessons,” Bjornsrud said. “And figure out what to do with your life.”

Bjornsrud founded BAWSI with two other women who have dedicated their lives to sports: Julie Foudy and Brandi Chastain, both World Cup champions, are co-founders and, along with Bjornsrud, are working to maintain community connections through their athletic talents. At BAWSI, they encourage female athletes to use their talents for their own accomplishments in sports but also to help people in the community become more involved in sports.

“Life that is just successful and has no meaning is just empty,” Bjornsrud said.