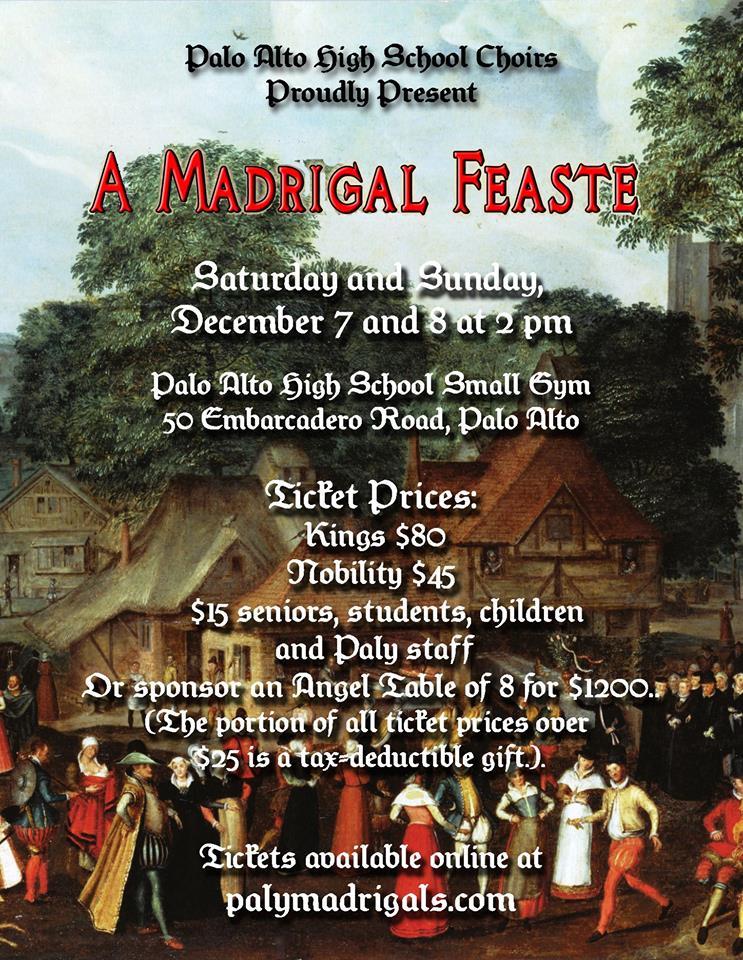 This year’s Madrigal Feaste is to take on a reality TV show themed twist.

This year’s Madrigal Feaste, to take place in December, will include a dramatic spin as Palo Alto High School’s choir department incorporates the popular reality TV show “The Bachelor” into its annual Renaissance themed winter concert.

Including classical choir music as well as recreations of famous Renaissance personalities, the Madrigal Feaste is a combination concert, play and dinner, with freshman choir members serving food to audience members. The exact plot of the show differs from year to year, although it always revolves around England’s King Henry VIII. This year, the king is in search of a wife, a story that will play out in the style of dating show “The Bachelor.”

Senior choir member Megan Rohrer believes that this twist will add humor and excitement to the event.

“‘The Bachelor’ theme is great,” she said. “It will be really interesting, and there will be lots of funny back and forth between the characters.”

Despite this new, modern concept, Rohrer maintains that the Feaste will retain its classic, Renaissance feel.

“Everyone will be dressed up in Renaissance attire,” she said. “We will have the royal court and King Henry VIII, as well as all of his female interests.”

In addition to being a theatrical show, the Madrigal Feaste is, of course, a concert.

“It’s a really fun concert,” Rohrer said. “It’s probably one of the most popular choir concerts of the year.”

The Feaste will be on Dec. 7 and 8 at 2 p.m. in Paly’s small gym. Visit the event’s Facebook page for more information.