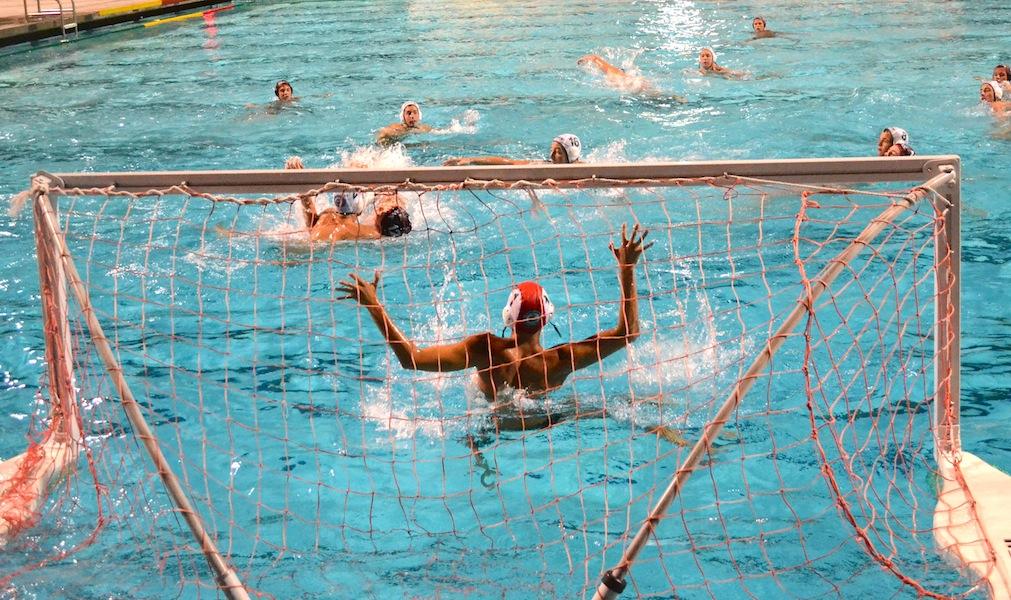 The Titans dominated throughout the first three quarters, outscoring Paly 8-1.

The Vikings came fighting back in the fourth quarter with two goals by junior Lukas Novak and goals from seniors Sam Kelley and Scott Powell. The Viking’s effort wasn’t quite enough to make up for the dominant performance the rest of the game by Gunn, and the Titans won with a score 9-5.

“We were definitely struggling in the first half and the first three quarters but we came back strong in the fourth quarter, which really gives us hope that we can come back after this defeat,” senior driver JJ Kadifa said.

Despite the loss, the Vikings will continue on to the Central Coast Section playoffs, where they earned the fifth seed by doing well in the regular season.

“This game [against Gunn] did not mean much for our CCS rankings,” Kadifa said. “We had a great league tournament this past week; we just gotta keep looking forward.”

The team looks to avenge this loss by starting off strong in the Central Coast Section playoffs beginning on Tuesday. The Vikings plan to work on their team cohesiveness, according to senior captain Ethan Look.

“We play Pioneer in the first round, and we’ll focus on our team play in that game,” Look said. “Assuming we win, we’ll play Gunn again in the quarter finals. They better believe we’re coming with guns blazing.”

The Vikings will be hosting Pioneer High School in the first round of CCS playoffs at 7 p.m. on Tuesday at the Paly pool.