Best Buddies named the best of the buddies 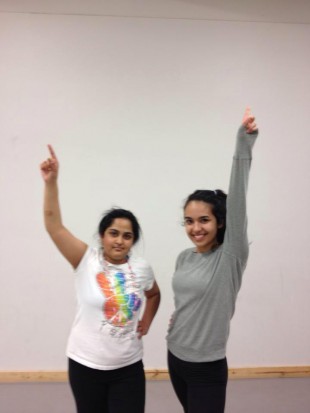 Best Buddies is an international organization dedicated to improving the lives of those with intellectual and developmental disabilities through friendship, leadership development and integrated employment, according to Katelyn Bollenbacher, lead program manager of Best Buddies California.

“The purpose of Best Buddies is to make the friendships look like any other typical friendship,” Bollenbacher said.

Each buddy pair is encouraged to communicate once a week, as well as spend time together outside of school at least twice a month, according to Bollenbacher. However, Paly has gone above and beyond what’s expected from an average Best Buddies chapter, earning them the title of Outstanding High School Chapter of the Year.

“While many schools embrace the friendships, it is very special to find a chapter where friendships are truly being formed, and that’s what  you find in Palo Alto HS,” Bollenbacher said. “Their friendships transcend beyond the typical Best Buddies friendship, and many of the buddy pairs integrate themselves fully into each other’s lives.”

Unique even among the Paly chapter of the organization is the relationship between junior Kate Marinkovich and freshman Diya Rao, who were named Outstanding Buddy Pair of the Year.

“[Kate Marinkovich and Diya Rao] often have sleepovers at each other’s houses and hang out quite often outside of school,” Bollenbacher said. “Their moms have also become quite close since being matched. Their model friendship deserves recognition, which is why they were awarded Outstanding Buddy Pair of the Year.”

Marinkovich, who is also the chapter’s president, encourages new members to join. Meetings are held on the second and fourth Tuesdays of the month in rooms 409 and P-13 respectively.