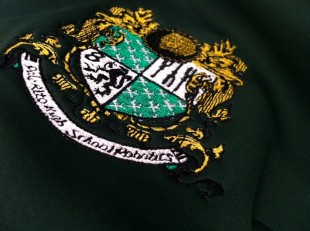 Paly’s robotics team is one of the oldest in the league, bosting the team number eight. Despite this, however, the team encountered difficulties at their most recent competition, coming out 5-6 wins to losses. Photo by Paige Esterly.

This past weekend Palo Alto High School’s robotics team traveled to the University of California, Davis, to compete in the first of this season’s tournaments, leaving with 5-6 wins to losses. They will be competing again this week in San Jose.

For more information on the 2013 robotics competition, read this story.

In this competition, Paly’s student built and programmed robot was pitted against robots from other local high schools, according to sophomore robotics member Christopher Hinstorff.

Going into the competition, Paly’s robot had some apparent flaws.

“Our robot was unable to climb the pyramids and our shooter was broken,” Hinstorff said.

However, despite these challenges, the team fared better than expected.

“Using our incredible ingenuity, we decided to become a purely defensive robot,” Hinstorff said. “We were heralded as the ‘best defensive robot’ multiple times by the stadium announcer.”

Paly left the competition with a record of five wins to six losses.

“Despite our challenges with our robot, we were able to pull through under pressure and compete better than almost half of our competitors,” Hinstorff said.

This week, the robotics team will be competing in San Jose.

“Up next for Paly Robotics is [Silicon Valley Regional], taking place in San Jose, where our robot will compete in the same challenge as we did in UC Davis,” Hinstoff said.