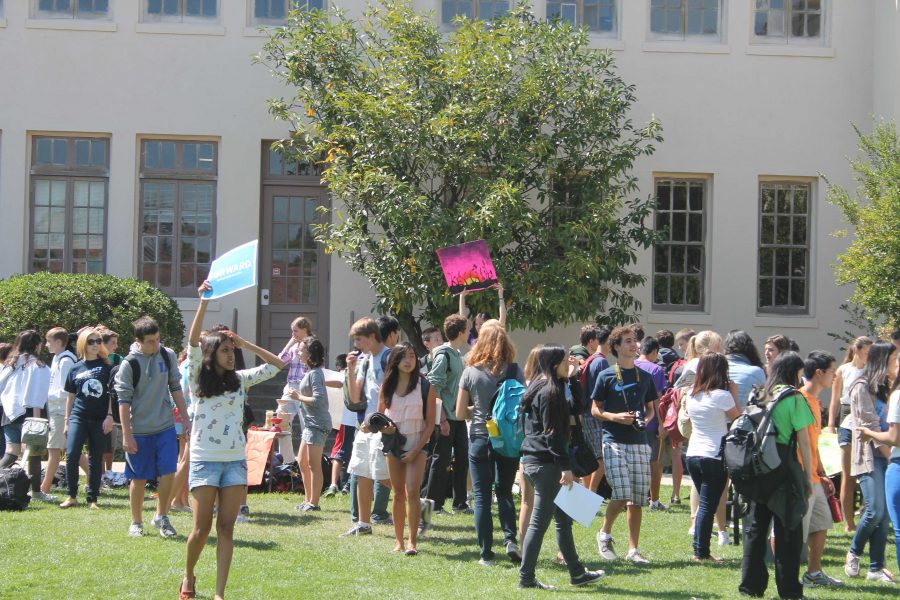 Students advertise for their clubs during the extended lunch. Over 55 different organizations brought signs and displays to attract student to join their clubs last year.

Palo Alto High School will host its second Club Day at lunch tomorrow on the Quad.

While lunch will not be extended, students are invited to come out and explore both returning and new clubs.

“This is only the second annual one [Club Day Two] and lunch isn’t extended, but Club Day Two is a way for both old and new clubs to get their name out,” Associated Student Body Vice President Soo Song said. “It’s everyone’s opportunity to rejoin a certain club, or sign up for a new one.”

According the Song, Club Day Two gives new clubs the opportunity to recruit members and kick-start in the middle of the year without having to wait for the next school year to begin.

“It [Club Day Two] is more oriented to give anyone who didn’t charter a club at the beginning of the year to start one in the middle and increase publicity,” Song said. “This semester has an enormous amount of interesting new clubs coming out.”

In total, 17 new clubs have been chartered by ASB for this spring semester, including:

Students can sign up for all of these clubs and more during Club Day Two.