Local youth bands perform at Teens on the Green 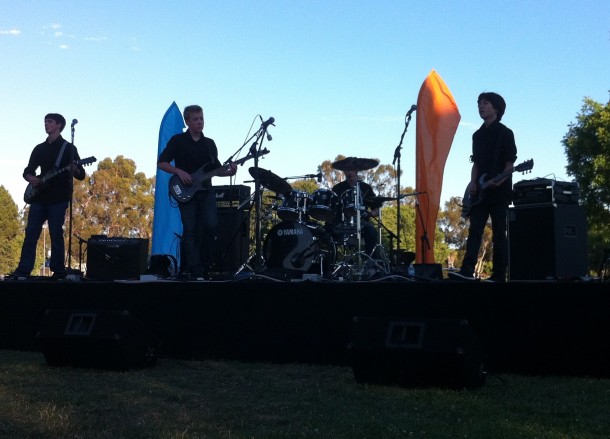 Rundown Radio takes the stage at Teens on the Green. The band, formerly known as Devil’s Angels, was the first to perform.

“Teens on the Green is an opportunity for teenage bands and individual artists to perform,” said Palo Alto High School junior Chloe Zilliac, half of the indie rock duo Remi and Chloe, one of the bands that performed at the event. “It was by audition, and I was super excited, and nervous, to play our music in front of an audience.”

The evening featured a lineup of four teen bands in addition to Remi and Chloe, all from the Bay Area; Rundown Radio, Minute 2 Midnight, On3 and Elena Loeb all had their chance in the spotlight.

Many Paly students attended to wind down after a stressful week of back-to-school and support their friends. “It was great to see kids my age, some of [whom] I know personally, enjoying themselves in front of such a great audience,” said Paly junior Freddy Kellison-Linn.

Zilliac was thrilled with the turnout of local parents and students.

“It was a lot of fun to perform. I love performing in front of crowds, and this was the first time we’ve played in front
of a group so big,” she said of the experience. Her band, along with the others, got people up off their picnic blankets as kids and parents alike swarmed to the base of the stage to dance and sing along.

Paly senior Adrian D’Urso had an undeniably good night at the event.

“[I had] a great time,” he said, “It was cool seeing [my friends] Remi and Chloe onstage. They were the best.” 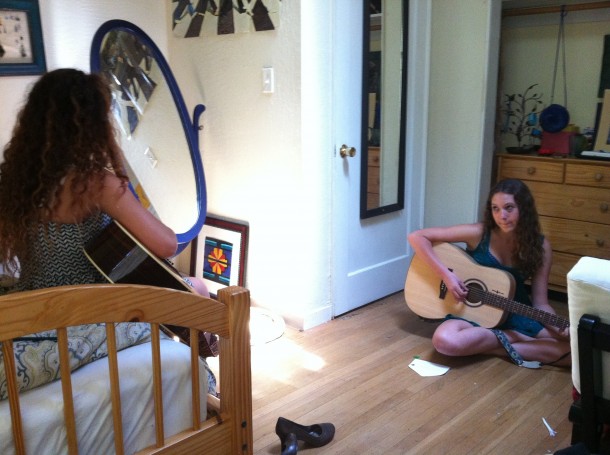 Remi Wolf and Chloe Zilliac practice an original song. The Paly juniors make up the duo Remi and Chloe, one of the bands to perform at Teens on the Green