Math teacher to appear on ‘Jeopardy!’ 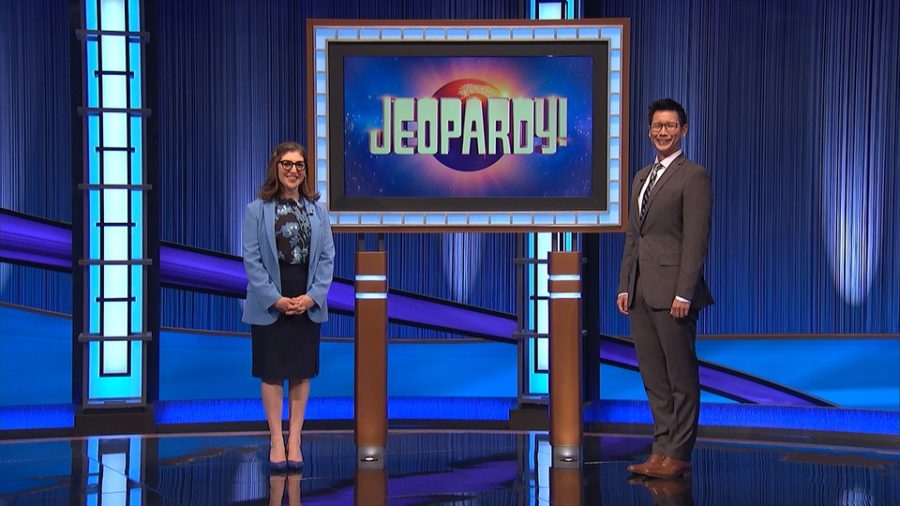 A math teacher at Palo Alto High School is achieving a lifelong dream by appearing on the popular quiz show “Jeopardy!” in an episode that airs May 11.

Daniel Nguyen told The Paly Voice his upcoming “Jeopardy!” appearance has been on his bucket list since he was a college student.

“I only had two things on there [his bucket list],” Nguyen said. “One was beating my uncle in chess and then the second one was to be on ‘Jeopardy!’. The first one I did years ago.”

According to Nguyen, he will be joining a very small cohort by becoming a Jeopardy contestant.

“I think the estimate is about 400 to 450 people from the whole country … go on the show each year, so that’s a pretty small percentage,” Nguyen said.

Some Jeopardy contestants prepare for the rigorous quiz questions by creating thousands of flashcards, according to Nguyen. However, his preparation strategy was different.

“I think the bulk of my learning was just being really curious about a vast variety of topics,” Nguyen said. “If I see something interesting, I’ll just be like, ‘Yeah, I’ll remember that,’ just surfing Wikipedia.”

Nguyen said he also honed in on major categories that tend to appear frequently, such as geography, British monarchs, Shakespeare, and the Zodiac.

Beyond just conceptual preparation, Nguyen also recreated the conditions of the stage set-up using his computer screen to display the 36 answer rectangles he would be picking from.

The practice simulation helped him catch a potential weakness: “I realized, ‘Oh, God, I can’t see anything,'” Nguyen said. “So I decided to wear my glasses for the show.”

Nguyen said his audition process consisted of an initial online test, followed by an invitation to a mock game and Zoom interview.

“You make a quick account and then you take the test anytime you want,” Nguyen said. “It’s 50 questions, open-ended, and the questions are … not as complicated as what you see on the show.”

According to Nguyen, Jeopardy hopefuls need a score of around 35 out of 50 to receive an invitation to the next round. For him, the news came during a math test he was giving during seventh period.

Being cast as a Jeopardy contestant was an especially happy accomplishment for Nguyen, as he’s been a Jeopardy fan since he was a teen.

Nguyen said he’s more than happy to help any students out if they are also interested in pursuing their Jeopardy dreams.

“I think the big thing is, be curious,” Nguyen said. “It’s possible, some people get on the show by studying and studying. But it’s just the breadth of knowledge you need — I don’t think you can study for that.”

Nguyen will be the second teacher in Palo Alto High School history to appear on Jeopardy, the first being Spanish teacher Trevor Crowell in 2019.