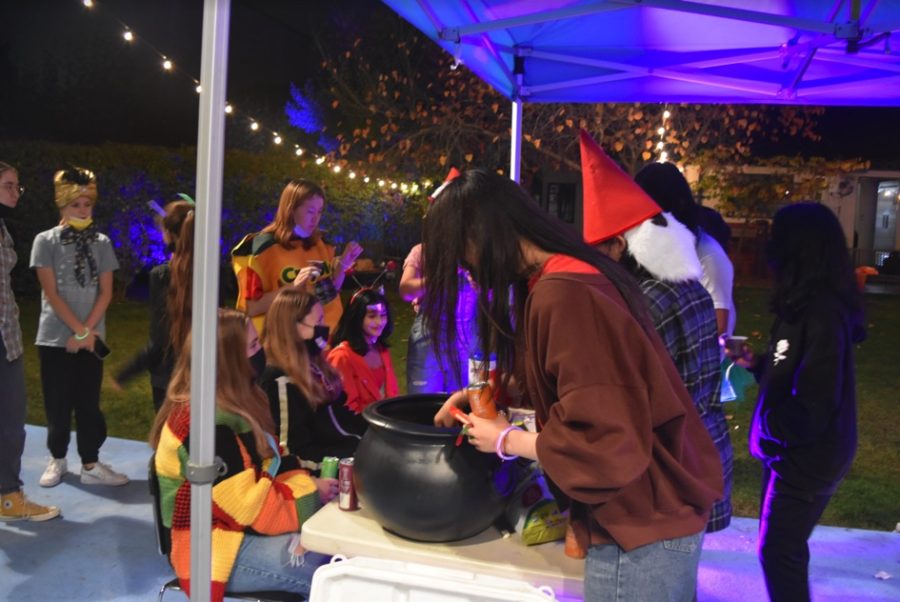 Attendees are praising the Halloween movie night and costume contest hosted by the Palo Alto Teen Arts Council, Saturday at the Children’s Theatre, after adjusting the previously planned carnival event due to poor weather.

Teens came dressed in costumes to enjoy snacks and watch “The Nightmare Before Christmas” in an outdoor theater. TAC President Nila-Ann Nag said the event exceeded her expectations, with over 25 people that attended.

“It was definitely one of our easier events [to plan],” Nag said. “I think it went pretty well. We had a much bigger turnout than I was expecting.”

Following a year of virtual events due to COVID-19, the movie night marked TAC’s second in-person event of the year, after the open mic last month. Nag said the TAC was able to adapt its plan for the evening quickly.

“We actually had this whole Carnival plan,” Nag said. “Then we thought it was going to rain so we switched it last minute, so it was a little hectic.”

Palo Alto High School junior Erin Brady won the ‘Scariest Costume’ award for her Dracula outfit. Dressed in all black, the realistic fake blood and detailed makeup pushed her to the top of the podium, said Nag, one of the judges.

“I love ‘Nightmare Before Christmas,'” Brady said. “I had a lot of fun watching the movie and having a good time with my pals.”

Many of the people who came said they were sad the carnival was canceled, but still had a good time. A fan favorite was eating the “worms in dirt”, which consisted of crushed-up brownies and gummy worms or the fresh popcorn from the popcorn machine, TAC member and Paly sophomore, Miles Gardner said.

“I liked eating the chocolate pudding and the brownies,” Gardner said. “The snacks were fun and unique.”

Information about upcoming TAC events, including the upcoming bi-annual clothing swap in December at the Mitchell Park Library, is available on the TAC website.