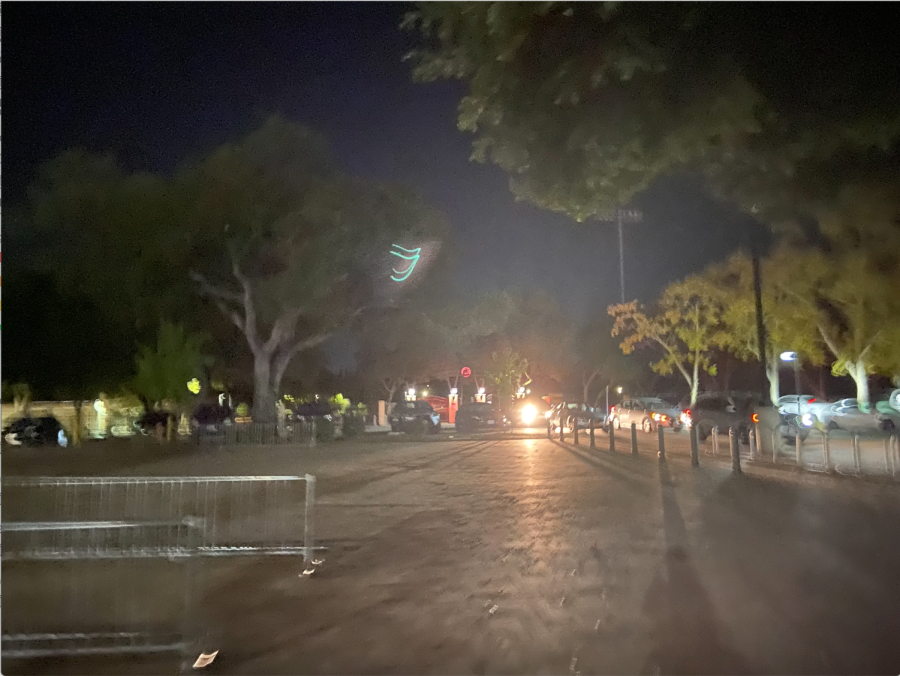 The final bell rings when the clock strikes 4:10 p.m. Thousands of students, backpacks heavy with books and binders, file out of their classrooms. While some head home, most are on their way to extracurricular activities, having barely enough time to make 4:30 p.m. commitments — especially considering transportation time. Far-away activities entail a 5 p.m. start at earliest, just as the sun begins to set. After hours of rigorous activity, students arrive home after 7 p.m. to eat dinner, work on homework, and rest.

But, as the Daylight Savings time change approaches on Nov. 7, our clocks will fall back an hour earlier — and so will sunset.

In pre-pandemic years, Palo Alto Unified School District’s secondary schools began well before 9 a.m. each day, consequently ending before 3:35 p.m. Prior to the 2020-21 school year, 8:20 a.m. was when the first-period bell rang.

Supt. Don Austin stated in a email Thursday to The Paly Voice that the school board “expressed opinions that the time should be a little later to align with published sleep research,” prompting the start time to be 30 minutes later than the California requirement for public high schools to start no earlier than 8:30 a.m. beginning in the 2022-23 school year in accordance with the state’s Senate Bill 328.

“The change may feel more pronounced since we came off nearly two years of reduced instructional minutes and late start times,” Austin wrote. “I will be very interested to see how things evolve when the time changes [with Daylight Savings Time ending] this weekend.”

Dr. Lauren Asarnow, a professor at the University of California, San Francisco, stated the issues with overly early start times in a message to The Paly Voice.

“Thirty to 40% of teens have a delayed circadian preference which makes it challenging for them to go to bed and wake up early for school,” Asarnow said. “This leads to not enough sleep, sleep problems such as insomnia from trying to sleep at the wrong time of day as their bodies, and puts many youth at a disadvantage in school.”

Yet, while late start times allow for a bit of additional morning shut-eye, nothing comes for free — those minutes bleed into extracurricular and homework time in the afternoon and evening, increasing stress levels. With school ending after 4 p.m. two days a week and never earlier than 3:30 p.m., students are forced to shift their schedules into the evening, leading to late nights.

According to Palo Alto High School Athletic Director Nelson Gifford, athletes’ class attendance has been negatively impacted by the late start and end. With other schools in the Bay Area ending earlier — for instance, Los Gatos High School at 2:35 p.m. or 3:45 p.m., and Monta Vista and Menlo Atherton High Schools by 3:25 p.m. — athletes often have to leave classes early to make it to games on time.

“The late release time has increased the amount of instructional minutes missed by our students,” Gifford said. “As a coach … I’m on campus an hour later than I have ever been, and that is true for all our sports.”

With Daylight Savings ending in early November, the sun will soon set by 5:30 p.m. Gifford said county and state-wide athletics events and competitions cannot be moved to accommodate the late Paly schedule, especially with darker evenings as winter approaches.

“We cannot unilaterally change the start time of certain [sports] contests,” Gifford said. “There are limiting factors — not the least of which is light — that constrains our ability to move contests later in the day.”

Therefore, it is crucial that schools end before 4 p.m. daily to allow students to attend extracurriculars — sports, volunteering, tutoring, etc. — at a reasonable time before sundown. Although a 20- or 30-minute shift may seem minute, the difference it makes on the availability of sunlight during the winter season is significant.

The current 4:10 p.m. end time gives students barely enough time to start their extracurriculars by 4:30 p.m., prompting some start times to shift back to 5 p.m. or later. An earlier end time, even by just 20 or 30 minutes, would provide students with more time to not only transport but also refresh to start their extracurricular activities by 4:30 p.m. with plenty of light.

Currently, with some sports and activities ending as late as 8:30 p.m., the lack of sunlight from Paly’s late start and end time presents a considerable safety issue that leaves students, especially underclassmen, on a pitch-black campus waiting to get picked up by parents or guardians.

To resolve this, PAUSD secondary schools must take a bit of a shift — not drastic enough to have students walking into class running on coffee alone, but early enough to end school before 4 p.m. daily and maintain the same amount of instructional minutes. Therefore, 8:30 a.m. would be the optimal time to begin school.