Breaking: Admin responds to egg fight between seniors and juniors 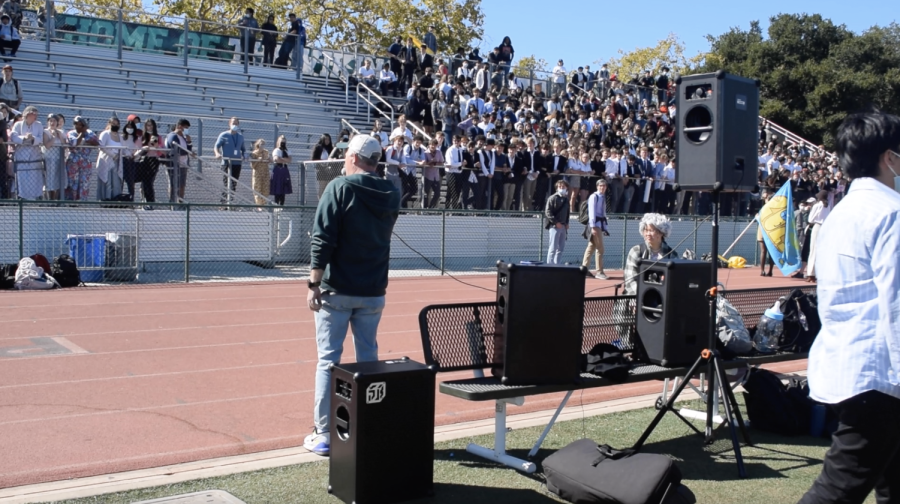 During the spirit rally today, Palo Alto High School administrators responded to an egg fight event that occurred Wednesday night involving members of the junior and senior classes. Student Activities Director Steven Gallagher announced Spirit Week incentives for classes that assisted with clean-up of the mess left behind at Peers Park and other impacted neighborhoods.

“Egg Wars” is an unsanctioned tradition between the senior and junior classes in which students meet during the night during Spirit Week to throw eggs at each other. These “wars” occur on public and private property and cause hundreds of dollars of damage, according to Gallagher.

A similar incident occurred in 2009 when Paly students hosted the wars on Gunn’s campus, causing administrators to issue mass suspensions, leading to student protests. This time, administrators have initially opted to reward good cleanup behavior rather than punish the participants with suspensions.

The Paly Voice will follow up on this story with updates as more information becomes available.