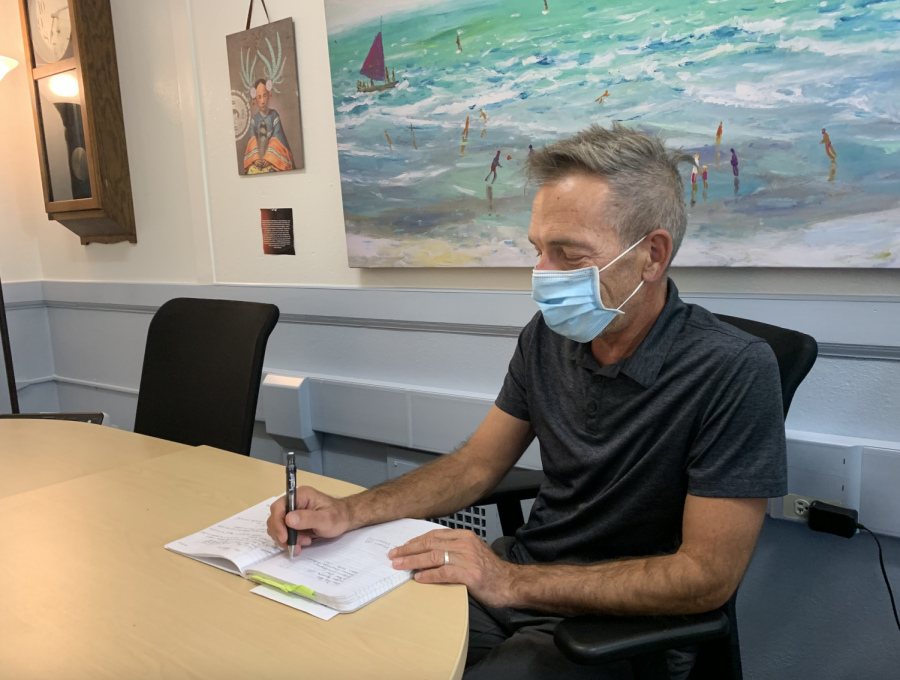 As the fall semester comes to an end, Palo Alto High School Principal Advisory Committee members are reflecting on their experiences in the PAC. Many feel that they have been able to contribute towards productive conversations about change at Paly.

The Principal Advisory Committee, which aims to center student voices in discussions around school policy, connects student representatives from each grade with their administration through monthly conversations with Principal Brent Kline.

Kline started a PAC several years ago when he was the principal of Santa Cruz High School with the goal of making students feel heard by their school administration. When he joined Paly as a principal during the 2020-21 school year, he brought the PAC with him.

“They [principals] do listen, and I want to be that person that walks the talk,” Kline said.

According to junior Zachary Cooper, a member of the PAC, a specific issue is discussed at each meeting, such as Paly’s grading system or club policies.

“Mr. Kline presents the PAC with a problem or discussion at Paly that he believes needs to be addressed, then we have a civilized talk about how we can go about solving these issues,” Cooper said.

Junior Partha Krishna, who joined the PAC this year, said that Principal Kline has listened to all perspectives and made PAC members feel heard.

“I think that it is cool that our ideas and experiences have an ability to make change, as Mr. Kline always listens to us and takes our thoughts into consideration,” Krishna said.

Sophomore Athya Paramesh, who started with the PAC her freshman year, said that her conversations in the PAC have connected her with a broader community of classmates.

are dedicated, kind, and hearing all their opinions and ideas has taught me so much,” Paramesh said.

Senior Jimmy Miller said that his semester in the PAC has helped him to identify areas that he hopes to change.

“We reflect on our experiences as Paly students to see if they line up with our hopes about what high school should be,” Miller said. “My experience on the PAC has been great so far.”

Cooper, Krishna, Paramesh, and Miller are among 20 students — five from each grade level — who were selected by the Paly administration in September after several weeks of application interviews.

Although the PAC ultimately chose just five students per grade level, Kline said he was committed to hearing out every applicant who expressed interest.

“I’ve never cut anybody from the interview process because I feel that if you take the initiative to do it, I might as well follow through with that,” Kline said in September.

Paly graduate Audrey Joachim was a member of the PAC during the past 2020-2021 school year, and she said it was a student-led environment where she was able to call attention to issues that mattered to her.

Joachim specifically joined with the goal of addressing mental health, an issue that she has brought awareness to as part of Paly’s chapter of Bring Change 2 Mind, an organization that aims to combat the stigma against mental health.

“Paly does have a lot of problems with that [mental health],” Joachim said. “That was a big issue that I wanted to bring up, and Mr. Kline was very receptive to it.”

Many students around campus have heard of the PAC and appreciate the effort to include their voices in the process.

“I’ve never considered applying, but I’m hopeful that there are people representing my grade with similar ideas and opinions to me so that they can get my views across,” senior Sophie Pardehpoosh said.

According to Kline, the PAC will continue meeting throughout the spring semester for monthly lunchtime conversations.