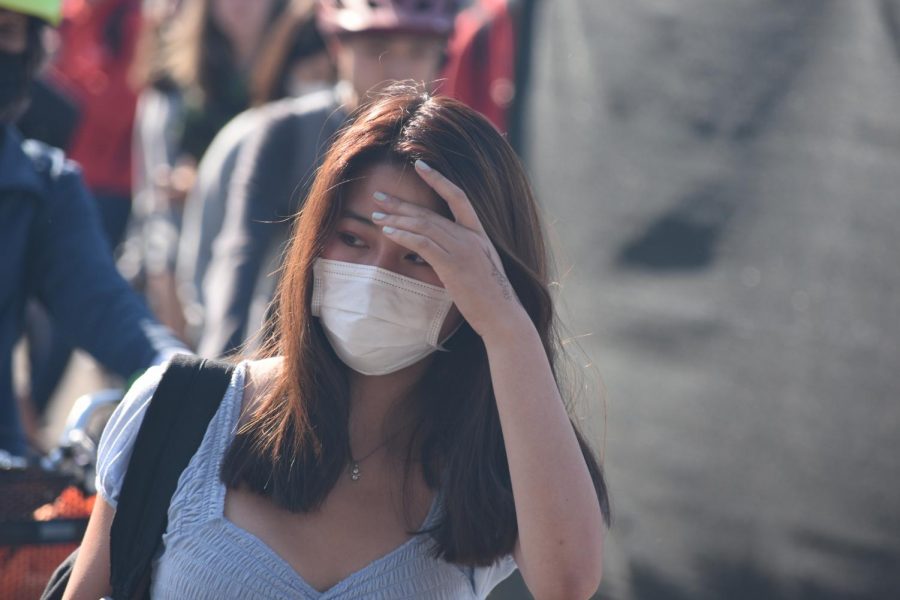 After nearly seven weeks of school under the new bell schedule, many students and teachers at Palo Alto High School feel the changes have seriously disrupted their afternoon activities, while having little positive impact on sleep schedules.

In May, school officials announced the new bell schedule that would be used for the 2021-22 school year. The new schedule pushes back the start time from 8:10 a.m (Paly’s start time during the 2019-20 school year, the last time students were in person) to 9 a.m. in an effort to improve student sleep habits.

Despite positive intentions, many at Palo Alto High School are dismayed by the impacts the changes have had on their lives. Students and teachers alike say that the later dismissal times — as late as 4:10 p.m. on Tuesdays and Thursdays — have affected their extracurricular activities and have had little effect on their sleep schedules.

In a survey of 474 students conducted by the Voice, 64% of students said they dislike the new bell schedule, and 76% felt the changes have worsened their extracurricular activities.

Only about 34% of students felt the bell schedule had improved their sleep schedules, with another 33% saying it had no effect and 33% saying it worsened it.

According to senior Diana Narančić, later dismissal times lead her to go to sleep later in order to finish homework and other tasks, nullifying any positive effect on her sleep habits that

“The issue is that I get home later, so therefore, I have to stay up later,” Narančić said.

“For my first class of the day, I’m still seeing tardies,” Brimhall said. “I’m still seeing students coming in pretty sleepy. My fear is that [later start times] have just pushed back when [students] go to bed.”

Recent scientific research suggests that delaying start times can have positive effects on students’ sleep. A report from the American Academy of Pediatrics found that “delaying school start times results in substantive and sustained benefits to students,” and recommended that high schools start no earlier than 8:30 a.m.

Following this advice, the California State Assembly representatives passed S.B. 328 in 2019, before the COVID-19 pandemic. The bill requires high schools in the state to start no earlier than 8:30 a.m — though this requirement does not come into effect until 2022 — and calls for a statewide discussion on school start times and how they affect students.

Junior Sandhya Krishnan said that she had to sacrifice certain extracurricular activities due to the later dismissal times this year.

“I would have preferred an earlier start and finish because people want to maximize the amount of opportunities they can have in their extracurriculars,” Krishnan said. “I had to sacrifice, because school ends at 4 p.m., so I couldn’t do something that starts at 3:30.”

Even teachers report that they are experiencing disruptions to their after-school lives due to the schedule changes. Alyssa Bond, who teaches Dance and Living Skills classes, finds that the later end times negatively affect the amount of time she can spend with her family.

“I find the 4:10 [p.m.] end time very difficult on Tuesdays and Thursdays,” Bond said. It really compresses our family time, our family life, and that feels a little off-balance.”

On the other hand, some students have appreciated the later start times. Sophomore Lauren Hajadi said she gets more sleep and her after school activities are not affected.

“I think [the bell schedule] is good, since I get about an hour more sleep than I did in middle school, not counting freshman year,” Hajadi said. “Since most of my after school activities, such as lacrosse, are on weekend mornings or after 5 p.m., they aren’t affected by the schedule.”

Furthermore, the new schedule adjusts the times for advisory and tutorial periods, reducing the number of tutorial — now known as PRIME — periods from twice to once per week.

Students are divided on whether or not they appreciate this change. Krishnan said she feels the two PRIME periods provide valuable dedicated time for students to meet with teachers and study for tests.

“I think I would’ve appreciated more tutorial, because people have questions about tests, and they want [time] to study,” Bond said.

However, some students, such as junior Niccolo Defendi-Cho, feel that PRIME periods keep students at school unnecessarily, and studying can take place from home.

“I think that tutorial is just another form of studying at home, and I think it’s good that we don’t have it [as often],” Defendi-Cho said. If you need to talk to your teacher, I think you can find a time.”

The student survey results collected for this article are from an online survey administered to students via their Schoology homepages over the course of two days in September of 2021. The survey was opt-in, and was conducted anonymously. 474 students in total submitted their responses.