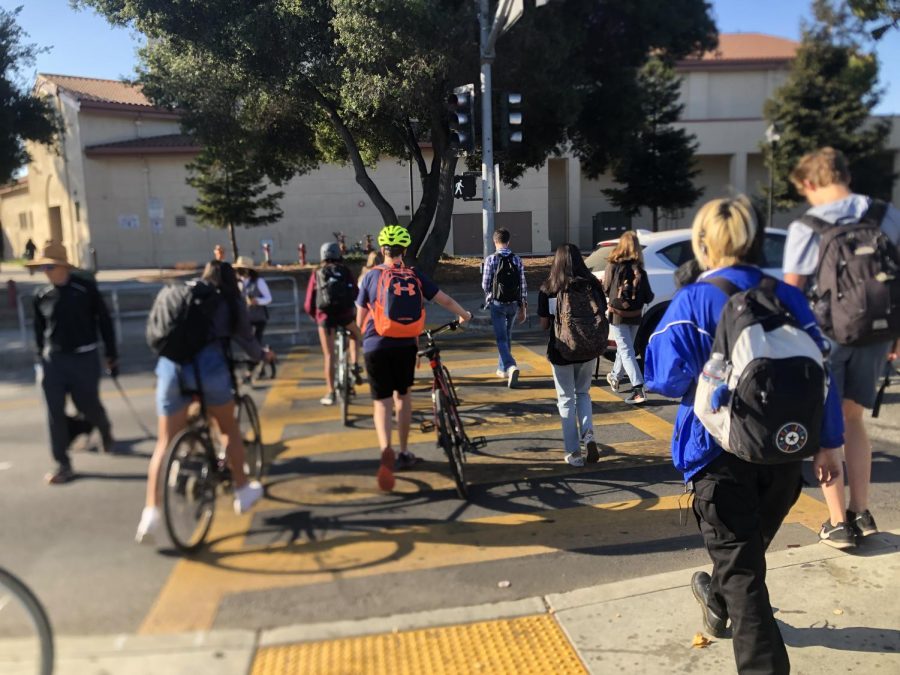 Community members are discussing Palo Alto High School’s open campus policy, which allows students to travel unlimited distances off-campus during their breaks and prep periods, after a Paly junior was stabbed during a prep period on Aug. 18, off-campus.

Principal Brent Kline said that there are currently no plans to make changes to the school’s open campus policy, which he said is largely supported by many community members.

“My son is just starting as a freshman, and it’s surprising to me that as freshmen they’re already allowed to leave and do what they want,” Paly parent Chris Hurtt said, though he added that he did not initially connect the attack to the open campus policy.

Parent Tom Sego agreed and stated that the current open campus policy should not change following the off-campus assault.

“Students shouldn’t have their freedom curtailed because of an incident like this, tragic as it is,” Sego said.

However, multiple parents emphasized the duty of the administration to support students’ mental health after the shock of the event.

“My son hangs out in front of Pizza My Heart every Friday night, so this had an effect on him,” Hurtt said. “It scared me. I would hope that everything is available to kids, to be able to talk somebody or get some support, and to have a way to funnel to parents, ‘Hey, your child is in need of some extra support’.”

For students seeking that extra support, the Wellness Center is open Monday through Friday from 8:30 a.m. to 4:15 p.m., and students are welcome to drop by at any point during the school day. Students may also schedule an appointment with a therapist by filling out the Wellness Appointment Request form, which can be found here.

“It was such an ordinary thing the girl was doing — something we all do,” Shimazaki said in an email to the Paly Voice.

The victim was attacked during school hours, which has prompted some students to propose changes to current campus policies. Junior Wyatt Underwood said he would support a limitation on the distance that students can go when they don’t have a class to preserve their freedom while maximizing safety.

“There should be a certain range of how far you can go [during a prep period],” Underwood said.

However, Underwood said he did not believe that the Paly administration should remove the open campus policy altogether, and senior Alondra Valencia echoed this opinion.

“I feel like they [the administration] should come up with options or something that can keep us all safe instead,” Valencia said.

Most students and parents said they believe that a change in open campus would not have a large impact on student safety.

“If you’re going to get rid of open campus, you might as well get rid of going outside altogether,” junior Tommy Doran said.