The Paly Voice • May 26, 2021 • https://palyvoice.com/161460/features/paly-publications-place-in-national-journalism-conventions/ 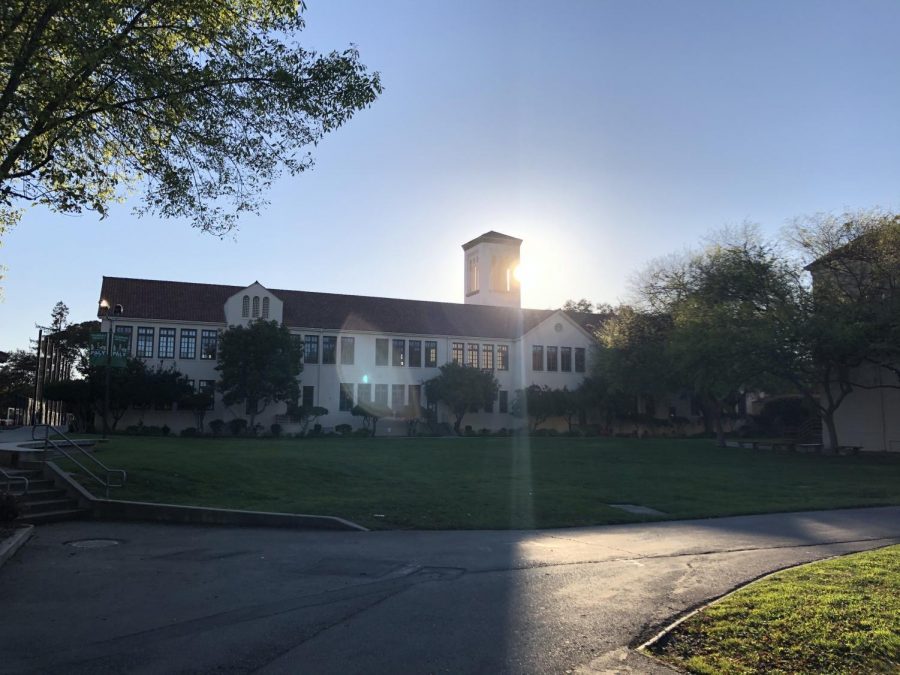 In the CSPA’s Gold Crown awards for whole-staff recognition, announced march 2020, The Campanile, C Magazine, Verde, and The Viking all emerged with top honors.

The Campanile won the Newspaper First Place Best of Show award in the NSPA contest, making it the first Paly publication to win the honor since 2012, while The Paly Voice placed ninth in the website category. Verde and Anthro placed sixth in the Newsmagazine categories, while Ink placed seventh in the Literary Arts Magazine category.

“They [the Viking staff] really wanted to bring to light an issue that sports reporting has had for years: namely, that there is a gigantic gender disparity in the way most publications cover sports,” Wilson said. “One of the most powerful outcomes of the Women’s Issue is that it has influenced many of the content decisions that students have made throughout this year as well.”

Photo editor for Viking and senior Jenna Hickey took first in the Single Feature Photograph category in the CSPA contest for her photo in the Viking feature “Play like a girl,” produced April 10, 2020. Hickey said the photo drew inspiration from her brother and wanted to celebrate other female athletes who had similar experiences and accomplishments in the sports realm.

“Ever since my brother did a smoke photoshoot for a cover of Viking a couple of years before, I knew I wanted to do something similar to that,” Hickey stated in a message to The Paly Voice. “This photo and story were very important to me because it was about females playing in male-dominated sports and we were able to interview lots of female athletes who played baseball and football. As a female sports photographer in a male-dominated field, it was inspirational to talk to people who were facing the same obstacles I was.”

Hickey said she was thrilled to win and felt it boosted her personal confidence as a female sports photographer.

“I was very excited to win this award because I put a lot of effort into this picture and it felt amazing to have it and my work recognized,” Hickey said. “Personally, it goes to show me that people appreciate my work and the effort I put into taking pictures.”

Current freshman at Brown University Yael Sarig, who was awarded a Certificate of Merit for her Viking feature as a senior “Perspective: Three reflections on being a female Paly athlete,” said the article originated from her personal experiences with the lack of equity in sports and desire to get her voice heard to other Paly students as a female athlete.

“Being on Viking as a female journalist, we [Sarig and her story partners] were constantly aware of the imbalance in both respect and representation that female athletes receive in the sports world,” Sarig stated in a message to The Paly Voice. “Beyond simply being journalists and witnessing the disparity in attention that male athletes got versus female athletes, all three of us had experienced sexism within our sport.”

Sarig said she’s glad she ended up making a difference in her community with her time at Paly and reached her goal of having others recognize such a topic in a journalistic context.

“Getting the chance to point out some of those moments of sexism, and shed light on some of the inequality at Paly that many people may not even be aware exists, was really validating and empowering,” Sarig said. “Sometimes, it can feel like you’re shouting into the void with your writing, and for something that really started from a place of frustration and exasperation, it was incredibly rewarding to see that it resonated with the judges of a prestigious award.”

Madrono Editor-in-Chief and senior Allison Ye, who won a Certificate of Merit for her 2019-20 Yearbook Cover Design in the CSPA contest, said she wanted to highlight the prominent features of Paly with a photo illustration.

“Because our theme was “As We Know It,” we wanted to use the cover to contrast Paly as others know it and Paly as we know it, so with the illustration, we were able to make it [an illustration of the Tower Building] match our theme colors and add embossing to the cover,” Ye said. “After people see the cover and open the book, they see what we know Paly for — the bustling activity on the Quad, and I’m really happy with how it turned out.”

Features editor and senior Mia Baldonado received a Certificate of Merit for her Verde article, “Iranian-Americans: Students Reflect on U.S. Airstrike” published last year. Baldonado said she was grateful to have been honored for a story that covered a relevant topic and had a lot of meaning to her and her story partner.

“I think that this story was one of my better ones in that it covered a very relevant topic at the time and connected it to the Paly community,” Baldonado said. “My story partner and I put a lot of work into getting insightful interviews, and I think that aspect really comes through in the story. Our interviewees were terrific.”

Other journalism awards have recently been announced, including in the California Press Women’s contest, the National Federation of Press Women contest, and the Journalism Education Association of Northern California contest.