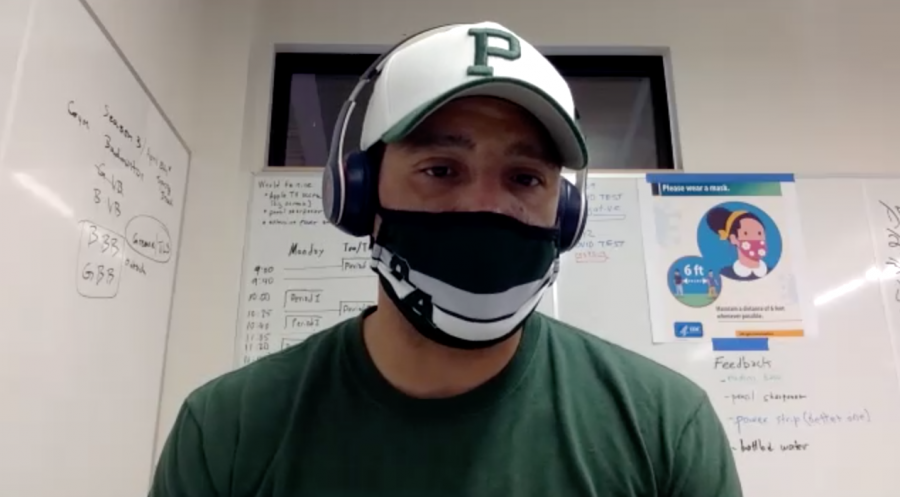 Previously, competition for baseball, field hockey, girls’ lacrosse and softball required a red tier status. Football, soccer, water polo and boys’ lacrosse were only allowed once a county had reached the orange tier. However, now the new guidance allows outdoor contact sports to be played once counties have an adjusted case rate of less than 14 per 100,000. Still, if a county, if exceeds an adjusted case rate of 14, ongoing seasons will not be halted. Also, all indoor moderate-contact sports are now tied to the Yellow Tier in the updated guidelines.

As a precaution, the state requires weekly COVID-19 testing for all football and water polo players if the adjusted case rate in their county is between seven and 14 per 100,000. In addition, the use of face coverings to the greatest possible extent during play is strongly recommended. As of Feb. 23, Santa Clara County had an adjusted case rate of 6.7.

“I didn’t believe it,” Gifford said. “I don’t think anybody had any indication that the governor was gonna wake up Friday morning and just say, ‘Hey, by the way, all outdoor sports, you’re good to go.’”

In the Santa Clara Valley Athletic League, the season two sports football, field hockey and soccer can begin their seasons next week, while girls’ volleyball and badminton are on hold because they are indoor sports. According to Gifford, the SCVAL hopes to accommodate these sports later in the year.

“Badminton will definitely be moved to Season Three, girls’ volleyball, maybe,” Gifford said. “The Board of Managers has to decide on that. My guess is that they will because, at this point, we’ve saved every season. So, if we can hold on to girls’ volleyball for just a little bit longer to make sure that they get as much of a shot as anybody to play, that’s what we’re going to do.”

Before the county’s announcement, both soccer and football players were at risk of losing their seasons. For senior boy’s soccer player Teg Singh, the state’s decision to allow outdoor contact sports to compete was a relief.

“Before the new guidelines were released, I did not have much faith in the season happening,” Singh stated in a message. “The new set of guidelines … represents the return of one of the Paly experiences that I felt the worst about missing out on, and I could not be more excited.”

Singh said the confirmed opportunity to compete has boosted the morale in the boys’ soccer community.

“The team, though not officially formed yet, has been doing preseason workouts for the last 6 weeks to get in shape and to get to know the new coach,” Singh stated. “I can speak for the team when I say that the workouts feel much more worth it now that a season is more or less confirmed.”

According to Gifford, the football team is also ecstatic about the upcoming season.

“One of our values is preparation, you know, be ready because you never know when your opportunity’s going to come,” Gifford said. “A lot of these guys were ready as well to come back. I’m hearing about kids just yelling in the car going, ‘I can’t believe we’re going to play, this is going to happen.’”