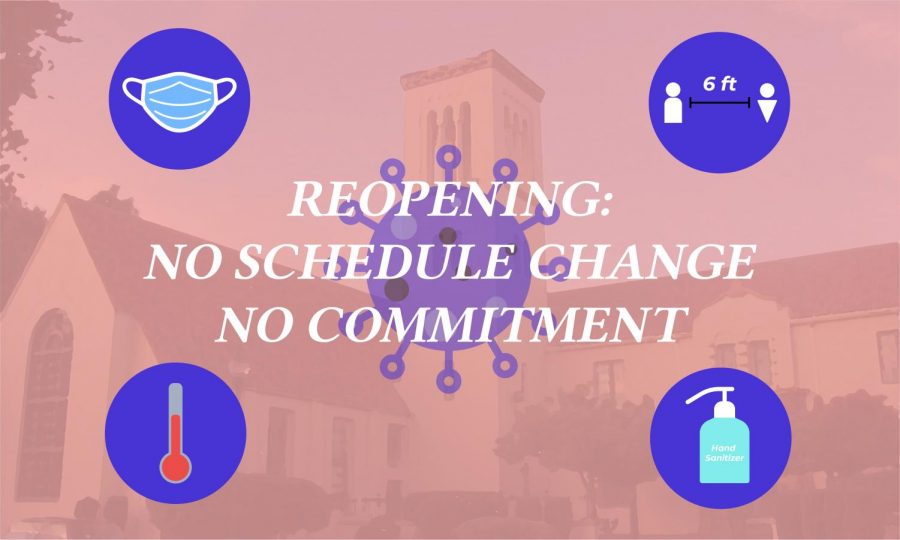 Students in grades seven though 12 may return as early as March to Palo Alto Unified School District schools due to an unanticipated drop in COVID cases, Superintendent Don Austin announced at Tuesday’s virtual Board of Education meeting.

According to Austin, this return would not require any changes in students’ schedules or teacher assignments, contrary to the hybrid plan developed last semester.

“You’ll be there with a teacher, the teacher will be teaching their lesson on Zoom, until the last some portion of the period, just like they do now,” Austin said. “That teacher can interact with the students who are in-person at that point in time. You’ll be with your peers; you’ll be able to do some of these things.”

The district plans to employ the “room model,” which entails teachers being in the same room as students but teaching on Zoom, with students who are in-person following along from their screens.

“Students who wish to attend in person would go through their entire schedule, two days per week, in Zoom, from the room model,” Austin said.

The model will allow teachers to use already-acquired distance learning teaching skills, in addition to a non-prescriptive approach for teaching guidelines from the district.

“Teachers don’t have to learn a new tool or methodology, they will continue doing what they’ve been doing,” Austin said. “I think being prescriptive right now is not the winning path. Teachers have tools, they’re going to use them.”

This plan also is not commitment-based, allowing students to choose when to attend in-person schooling and when not to.

“If students aren’t feeling well, if they traveled, if they don’t want to be in person, or they need to quarantine, they can simply follow the Zoom lesson from home,” Austin said. “The idea here is you don’t have to commit.”

Under this plan, which is still in development, Monday will remain as a distance learning day with seven 30-minute class periods.

“It makes no sense to bring everyone in to rotate every 30 minutes,” Austin said.

The district plans to split students by name, into two groups who will attend school on alternating days between Tuesday and Friday.

“We’re looking to divide students into two groups by alphabet,” Austin said. “If it’s not a perfect break, we can take care of that.”

The board’s plans were prompted by Santa Clara County’s adjusted COVID case rate dropping below 25 cases per 100,000 people, which has caused “growing optimism that the county could return to the Red Tier sooner than expected,” according to a Friday Superintendent’s update, and also comes after a Monday protest organized by parents in support of a district-wide reopening. County statistics, at the time of publishing, show 21.7 new cases per 100,000 people; Red Tier is considered between four and seven new cases.

This plan is separate from the 6th grade reopening plan, which is set to begin March 1. (See the video below for more details.)

Anne-Marie Lekkerkerker, a PAUSD parent and scientist, spoke in support of the proposed reopening plan.

“I am reassured by all the robust scientific data from all over the world and nationally demonstrating that schools can be safely reopened and it can be done without vaccinations,” Lekkerkerker said. “We have evidence in our district that it can be done, so please, let our kids go back to campus for in-person learning.”

Others, such as Jenna Mark, cautioned the district against moving forward too quickly with a secondary school reopening.

“This is going to prolong the pandemic even longer,” Mark said. “Bragging about being a part of this is not something to be proud of, and community members are dying and you [the board] will be a continued contributor to this.”

At the moment, Austin said that the district will not require students and teachers to be vaccinated before returning to school. Brynn Ewen, who attended the protest, expressed her thoughts on the lack of a vaccine requirement for teachers.

“I do not believe that teacher vaccinations should be a prerequisite for reopening,” Ewen said. “This does not mean that I don’t care about the safety of teachers. We all care about our teachers. We can keep teachers safe and we can open schools. We can do both.”

Paul Gralen, an art teacher at Greene Middle School, urged the board to carefully consider the safety of teachers and students when making decisions regarding reopening.

“As a veteran teacher in the district, I want nothing more than to be back in the classroom with our students, but I want to do it safely,” Gralen said. “Putting anyone into a crowded and closed environment for six to eight hours per day at this point in time is the height of irresponsibility. It shows extreme disregard for the health and safety of your staff and students. At least wait until your staff can be vaccinated. You can do better.”

Austin said he will begin working out the details of the plan on Wednesday. The Paly Voice will follow up as more information becomes available.