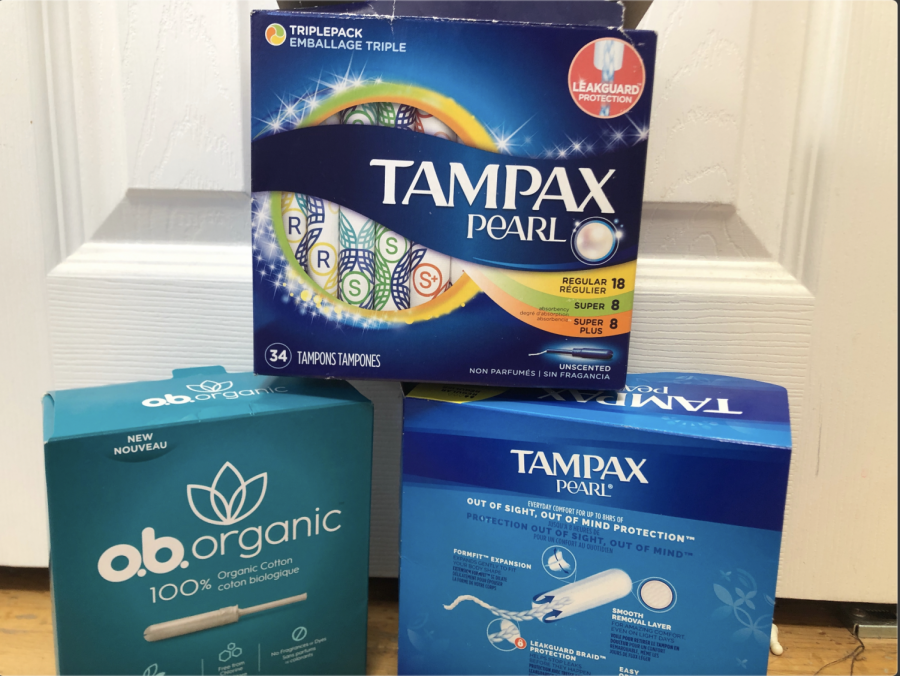 Editor’s note: a previous version of this story stated that funds would be provided by ASB. This has since been updated.

Palo Alto High School’s Associated Student Body is in the final stages of being approved by admin for funds to implement free menstrual products in campus bathrooms starting August.

ASB reached a preliminary agreement with admin Tuesday evening to receive funding from the site council budget to install menstrual product dispensers in all girls’ bathrooms, though the exact amount is yet to be finalized. The measure is expected to be implemented by early August, according to Junior Class President Mathew Signorello-Katz.

Signorello-Katz said he initiated the measure after hearing concerns from many students struggling with menstrual product accessibility throughout his time at Paly.

“Talking to my friends who have had to go through the experience of not having menstrual supplies on hand was something that really spoke to me, and I really felt as though change was needed,” Signorello-Katz said.

According to Signorello-Katz, this change will be a huge step in eliminating the stigma around female menstruation and menstruation products, one of his longtime goals since learning about menstrual product inaccessibility at Paly.

“It’s something that affects so many people, but we as a society have been told that it’s a taboo matter, and it’s not something to be talked about, when it’s really just a biological process,” Signorello-Katz said. “Toilet paper and soap are necessities, and so are menstrual products.”

One potential barrier to passing the measure was the cost to ASB, but Signorello-Katz said that implementing menstrual products is worth the cost.

“The benefit to this far outweighs any financial burden that ASB or Paly might incur,” Signorello-Katz said. “Frankly, if ASB and Paly are going to spend thousands of dollars on events, then we should really be spending money on the necessities as well.

Junior Eva Salvatierra also supports the free menstrual product measure, saying that no woman should have to go through the experience of not having menstruation products or money to pay for them.

“The fact that we have to pay for sanitary products for a natural human cycle is something that should be changed,” Salvatierra said. “Someone having their period and receiving supplies is just as much of a human right as using toilet paper in a public bathroom or getting water if someone is thirsty.”

Signorello-Katz also said he hopes that Paly’s decision to provide free menstrual products in bathrooms will inspire other middle and high schools in the area to take action.

“I’d also like to see if, by us doing this, more change can come at the district level,” Signorello-Katz said. “So making this not just a Paly thing, but Gunn, and all of the middle schools as well. I think that would be incredibly beneficial to a lot of people.”