Student cohorts to start on campus this week 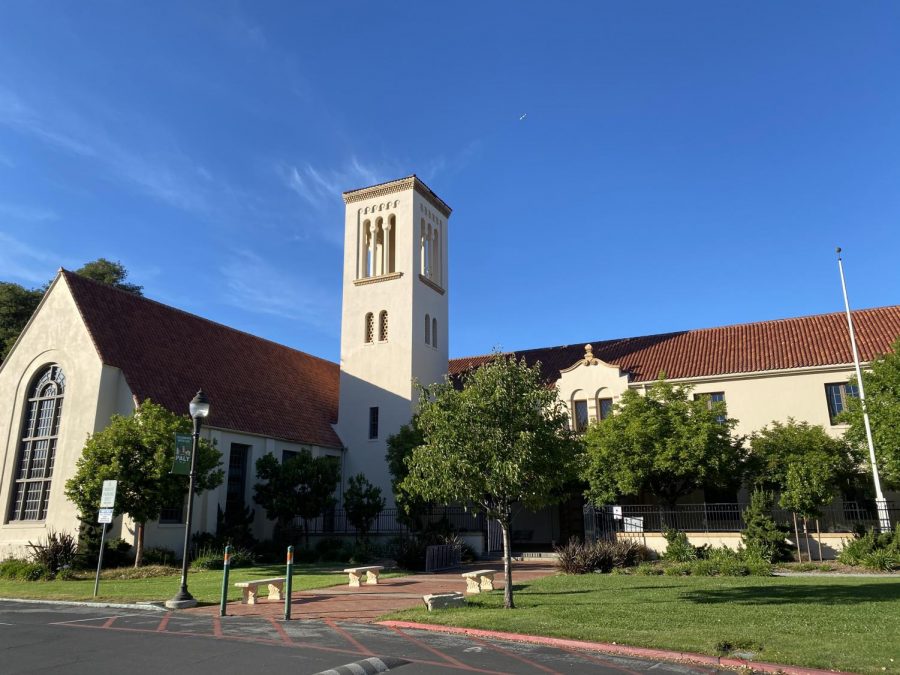 Starting today, over 100 Palo Alto High School students will return to campus to attend classes in-person, some stepping foot on campus for the first time in nearly a year.

Though this hybrid learning model still has students attending their regularly scheduled classes via Zoom, administrators say they hope that this change will provide some with greater social interaction, and a welcome departure from students’ bedrooms or kitchen tables where learning has largely taken place since March.

“A lot of people have been cooped up for almost a year,” said Assistant Principal Jerry Berkson. “And different people are handling it in different ways. I think some people just want to get out of the house and be able to interact with other humans other than their dog and their siblings, so it’s a way of getting out there.”

The 114 students set to return Tuesday will be placed in stable cohorts of 14 or less, primarily organized by grade level, and will be supervised by various staff members, including Athletic Director Nelson Gifford and librarian Sima Thomas.

“There’s some support by the teacher in the classroom,” Berkson said, “but I think it’s mainly from a social perspective.”

The path to bringing students back to campus has been a bumpy one, with November’s hybrid plan for secondary schools canceled soon after it was approved by the Board of Education as COVID-19 case counts continued to rise statewide. Discussion of the initial plans was also plagued by community backlash as community members feared for teachers’ safety and lamented the class and schedule reorganization that would have been a sure byproduct of the hybrid plan.

“We went from looking to bring the hybrid model in October, figuring that that was not possible to bring in everyone who wanted to do the hybrid model,” Berkson said. “There’s been a push the whole time to get some kids on campus for the social aspect.”

In December, administrators sent out a plan for a more limited return to campus that would preserve students’ current schedules and allow them to remain with their current teachers, by having participants move from distance-learning at home to distance-learning on campus. This option was made available to all students who had previously selected the hybrid model in the past, and  all students who opted into this revised return were able to be accommodated on campus, Berkson said.

While one central aim of the plan is to allow students greater opportunities for socialization, students shouldn’t expect an in-person experience anything like that of previous years. According to the plan, students will be permitted to socialize within their cohorts given that they exercise appropriate precautions, but will be expected to spend breaks eating alone in order to maintain social distancing precautions when unmasked.

“There will be individual eating areas, individual areas to hang out,” Berkson said. “Right now we’ll have it close to whatever classroom they’re in, as we figure things out a little more, we could probably open it up to different areas on the Quad, then maybe when things open up more they can interact within the other groups.”

The Associated Student Body hopes to treat students on campus to a little fun, starting this week with a campus-wide scavenger hunt, according to Student Activities Director Greer Stone. For subsequent weeks, ASB will “have a committee working on planning and executing these events,” Stone said.

Bringing this first group of students back to campus is in some ways a trial run for administration. Having more students return to Paly in the future is “all dictated on what happens with the COVID rates,” Berkson said. Administrators will be keeping an eye out on the success of these cohorts, in terms of efficacy of safety precautions and the number of students who keep coming back week after week, in order to evaluate the possibility of bringing others back.

Looking forward, the administration hopes to make realizable plans to allow students back to campus “after school or even on weekends,” and for the Class of 2021’s graduation, according to Berkson.

“But again, you’re limited to those cohort numbers,” Berkson said. “So if we come up with something really exciting, it’s not something for 500 kids at a time. So it’s really thinking creatively. How can we bring kids on campus?”

Though not ideal in many ways, this partial return to campus marks a first step on the path back toward normalcy.

“I would just say my guess is the start is going to be imperfect,” Berkson said. “We’ll make adjustments along the way.”