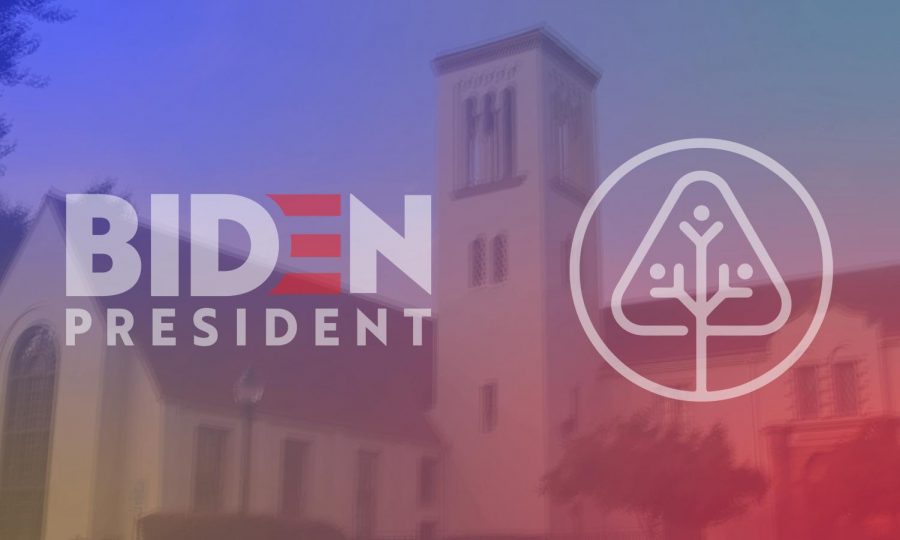 In a virtual interview with The Paly Voice, Palo Alto Unified School District Superintendent Don Austin said he wants time to adapt his 2021-2222 plans and build distance/in-person learning schedules that accommodate both students and teachers. "There's no reason for [students] to register for classes right now," he said. Austin also predicted a decrease in standardized testing nationwide due to newfound Democratic control. Graphic: Kabir Advani.

Superintendent Don Austin says he anticipates an increase in the power of teachers unions, a decrease in standardized testing, and an overall tilt towards more educational funding — with increased restrictions on how districts can spend those funds — as a result of Democratic control of Washington D.C.

Just three days after the inauguration of President Joe Biden last week, Austin told The Paly Voice that it’s too early to understand how the incoming Biden administration will affect the American education system in the long run. However, based on the Democratic party’s platform and history, he said he predicts an increase in the political influence of teachers unions.

“Democrats tend to be more aligned with unions … [so] I think groups like NEA [National Education Association] and the NFT [National Federation of Teachers] will pick up more decision-making power, although they were always strong,” he said.

With the inauguration of Biden and the swearing-in of three new senators, Democrats now hold control of the executive branch and Congress, opening the door for them to enact their legislative agenda. Upon taking office, Biden has already signed numerous executive orders, including one aiming to help schools reopen safely.

“I think testing will be really interesting,” Austin said. “There’s a better chance that it will be reduced under Democratic control.”

Austin also provided his insight on the priorities of both parties with regards to educational funding.

However, according to Austin, this assertion does not always apply to Democratic leaders and policy-makers.

“Our last governor was also a lifelong Democrat, but fiscally, in a lot of areas, [he] acted very Republican,” Austin said. “I had a very high opinion of Jerry Brown [as he was] easy to follow and it didn’t feel like a lot of games. Our current governor is different than that. Just because they’re in the same party doesn’t mean they’re the same person.”

While Austin said he accepts and understands the educational agenda of both major political parties, he prefers the Republican approach to public education, believing it gives him more control to mitigate problems.

“Me and my team will do it better than someone who doesn’t know our circumstances. So personally, I like the Republican approach… of ‘Here’s a big thing go solve it. And if you solve it, we might even throw you some money.’ Awesome.”

Ultimately, Austin said he remains committed to guiding his district through the ongoing COVID-19 pandemic and into the future, regardless of who is in office.

“There are very different approaches,” he said. “In my role, I have to be able to work with both of them.”