New science building ready for use 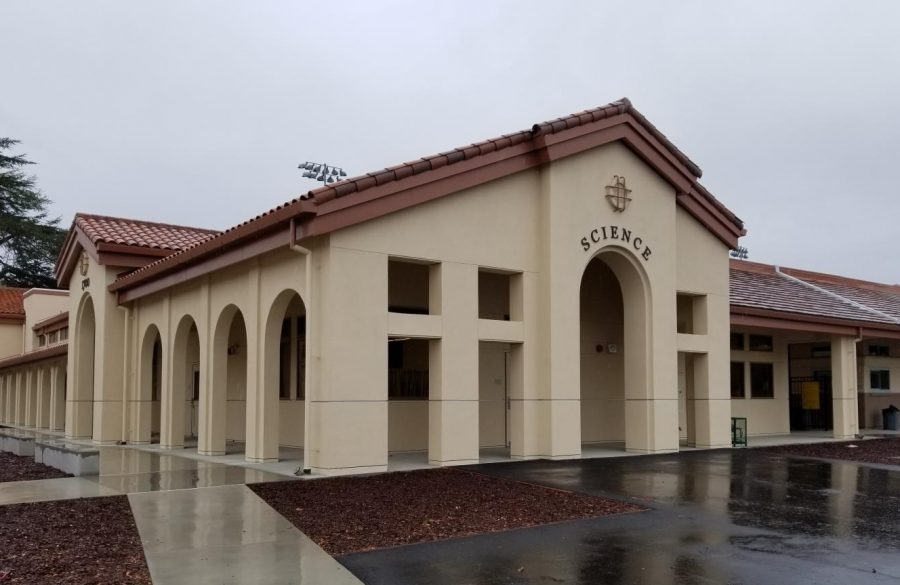 The new addition to the science building at Palo Alto High School is finally completed after months of construction, though it remains empty for the time being due to the prohibition of in-person learning from COVID-19.

The disruption from COVID-19 in 2020 caused a partial setback in the building’s construction, which was originally anticipated to have been completed over the summer, according to Assistant Principal Jerry Berkson.

Erik Olah, Instructional Lead of the Science Department, said the purpose of the expansion of the science building was to shift the four science classes in the portables to the new rooms.

“We just had an overcapacity of science classes and we ran out of space really quickly,” Olah said.

While the proposition and blueprints of the addition were in the works for about eight years, construction didn’t start until a year ago, according to Olah.

Olah also said that one of the special additions to the new addition is a biotech space in one of the rooms, specialized for a possible biotech course that may be introduced in the future.

“We have it [the biotechnology course] on the books, but we haven’t run it in a few years,” Olah said. “But there’s a room where we have a side room with materials and things that are going to be available for that biotech class.”

Olah said that as a Marine Biology teacher himself, he is looking forward to being able to teach in a new, spacious environment for the next school year.

The school also anticipates renovations on the Tower Building, which is currently in the “design development phase and will proceed into the construction documents phase soon,” according to the Board of Education’s agenda.