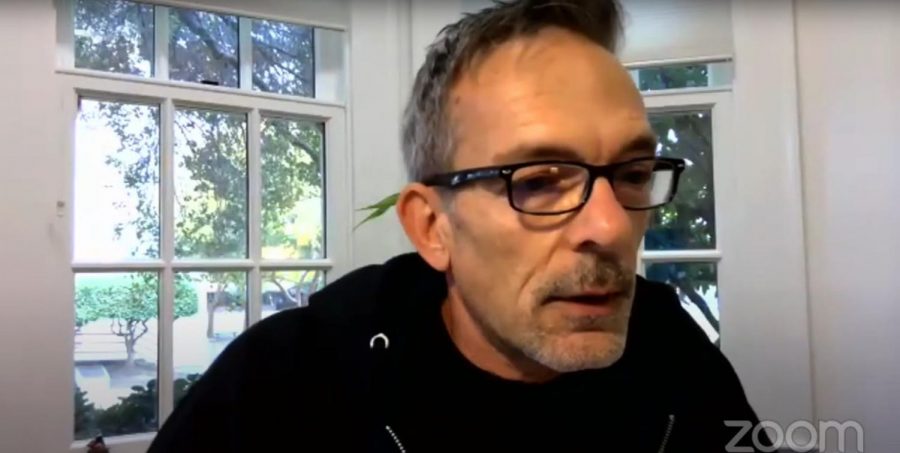 Principal Brent Kline communicates with Paly parents on the details of the modified reopening plan in the works and answers questions from community members. The plan has shifted significantly since the draft of a reopening plan was discussed by the school board on Nov. 10. Now, the possibility of reopening would take place earliest in February or March for smaller groups of students. “I would say this is more taking the online classes into a classroom supported by a certificated teacher and possibly another… assistant in the classroom,” Kline said. “We’re still working on the details but it’s not going to be the hybrid model that we were promoting earlier.”

A revised — and limited — second semester reopening plan, including potential in-person, “activity-based” Mondays, is in the works for for Palo Alto High School in place of the previous hybrid plan that was overturned due to the county’s shift into purple tier, requiring schools to be closed.

At a meeting Friday, Kline discussed possible reopening proposals for mid-second-semester, stating that cohorts of students on campus could “grow over time’” as opposed to the sudden hybrid shift that was previously planned.

“We’re actually still able, in the purple [tier], to continue developing and implementing [the reopening plan] because we already have PAUSD+ programs here,” Kline said.

Charu Gupta, the Paly Parent Teacher Student Association’s president, expressed concerns from some district parents about distance-learning, stating that “there were many many families who chose distance [in the district’s survey from November] but still really crave an in-person experience.”

In response, Kline said he hopes to accommodate students who want in-person learning next semester, but an exact timeline for opening the Paly campus to a broader array of students is difficult to predict.

“I would say there is a better chance that it [limited reopening] would happen in February instead of January,” Kline said. “I think we want to make it the least disruptive as possible, whatever that looks like.”

Meanwhile, the school board welcomes new member Jesse Ladomirak, who will participate in future board votes regarding reopening planning. Ladomirak will replace Melissa Baten-Caswell and will be sworn in Tuesday night along with re-elected board members Jennifer Dibrienza and Todd Collins.

According to Ladomirak, strengthening student wellness programs and focusing on educational equity are at the forefront of her priority list, and in-person schooling contributes to that. Ladomirak told The Paly Voice in an interview this month that a lack of reopening opportunity next semester for secondary schools would be “heartbreaking.”

If safety regulations allow, Ladomirak said reopening without separate cohorts could allow for more flexibility and therefore meet the needs of a larger portion of the community. A proposal with too many limitations — cohorting, no live streaming and no asynchronous, in the case of the district’s last proposed plan — ultimately meets the expectations of few, she said.

Kline stated on Friday that the first priority for a hybrid option, county health guidelines permitting, would be bringing a group of students currently struggling with distance-learning onto campus. Students would be placed in a room with a knowledgeable teacher for support in that subject area, but take all courses online in distance-learning mode, according to Kline. He said schedules, specific educational programs, and many other factors would play a role in identifying students to bring to campus.

Other students, Kline said, could later be brought onto campus with “activity-based days,” possibly as part of a new Monday schedule.

“What we continue to talk about at the secondary level in all schools [is] how can we re-look at our Monday,” Kline said. “We can have some flexibility to bring groups of students [to campus], whether it’s the social justice students or clubs.”

According to Kline, the in-person, “activity-based” Mondays would not be limited to students who chose the hybrid plan in the last survey — a new survey would be issued likely in February or March of next year to gauge interest.

Kline clarified at the Friday meeting that second semester schedules would be released by Jan. 4 and would not be altered in the midst of the coming semester. Any changes from current schedules would be typical of any school year, such as semester elective switches, Kline said.

Based on the district’s second semester hybrid decision survey released last month, 10% to 15% of students chose to return to school, though Kline claims this statistic was low due to the shifting of the county into purple tier.

Ladomirak, noted that the 15% is a significant proportion of PAUSD, especially as the board strives to “serve every single student and family.”

“What we’re going to focus on is figuring out just how to get kids back on campus,” Ladomirak said. “Maybe we’d be doing science labs or getting kids back for extracurriculars … or a more robust summer program or figuring out what we’re doing in the fall.”

Student learning and wellness, she said, is always the primary concern of board and staff members — no matter the circumstances.

“A district full of staff — they just care about you so much and are working so hard, and nobody wants to do anything to make things harder,” Ladomirak said. “Downsides are really obvious when you’re trying to change something… the parts that work, sometimes you just have to trust, and they’ll surprise you.”