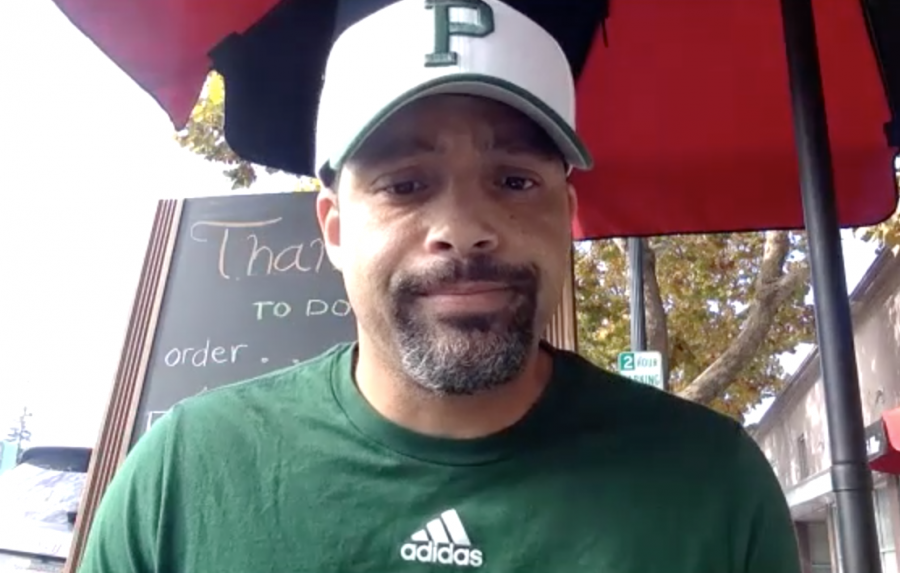 Athletic Director Nelson Gifford discusses the future of high school sports after preseason training was suspended. While the release of updated guidance from the state has been delayed until at least Jan. 1, Gifford said he is hopeful about the eventual release of a plan outlining returning to play. “If they had guidance, that means they had a plan to restart youth sports,” Gifford said. “If they had a plan then that plan still exists. That plan might change, but we hope they’re going to release that plan sooner rather than later.”

Uncertainty surrounds the future of high school sports on account of practices being halted in response to Santa Clara County’s return to the Purple Tier and the delay in the release of updated youth sports guidelines.

On Dec. 1, the California Interscholastic Federation released a statement that announced that the start date of Season One Sports had been postponed to at least Jan. 1, the earliest expected release date of updated guidelines for youth sports, due to the rise in COVID-19 cases. In addition, all state and regional championship events for Season One Sports have been canceled.

Preseason training for Palo Alto High School was suspended on Nov. 18 due to the district’s decision to shut practices down and wait for updated guidance from the state, according to Athletic Director Nelson Gifford. The California Public Health Department originally planned to release new youth sport guidelines in early November that would outline returning to compete. However, due to the resurgence in COVID-19 cases in California, the release of the update was delayed.

According to Gifford, it is unclear how the shift in the Season One start date will affect Season Two.

“When the CIF first did their plan, they tried to have full seasons for Season One and Season Two and not contract either one,” Gifford said. “I don’t know if their plan would be to contract Season One and try to play a full Season Two, contract both, or just push it out.”

Santa Clara County also recently updated its guidelines and placed a ban on all contact sports in response to the rise in infections. According to Assistant Athletic Director Fatima Giffen, these new rules make it difficult to predict when school sports will be allowed to return to practice.

“It is hard to comment on what is going to happen to sports this year because of the rise in cases and with the recent regulations from the county,” Giffen stated in an email.

Despite the uncertainty surrounding high school sports, Gifford said he believes that a season will be held this year due to the demonstrated desire to play from athletes and coaches.

“There’s a lot of people pushing to have a season happen in one form or another,” Gifford said. “I feel like with so many people trying to find ways to make this work — it seems like there’s a solution out there, and we just need to find it.”

According to Gifford, with so much out of its control, the Athletic Department is currently focusing on communication and safety.

“What we’re trying to do right now is make Palo Alto High School Athletics as safe as possible, as open as possible so that any person who wants to come out and compete can, and then just keep everyone informed,” Gifford said.

Gifford encourages athletes to remain optimistic and active despite the circumstances.

“These are really difficult circumstances — they’re not fun, they’re not enjoyable, and it’s certainly not what anyone in athletics wants,” Gifford said. “Continue to prepare like there is going to be that opportunity [returning to play]. Exercise discipline and exercise hope.”