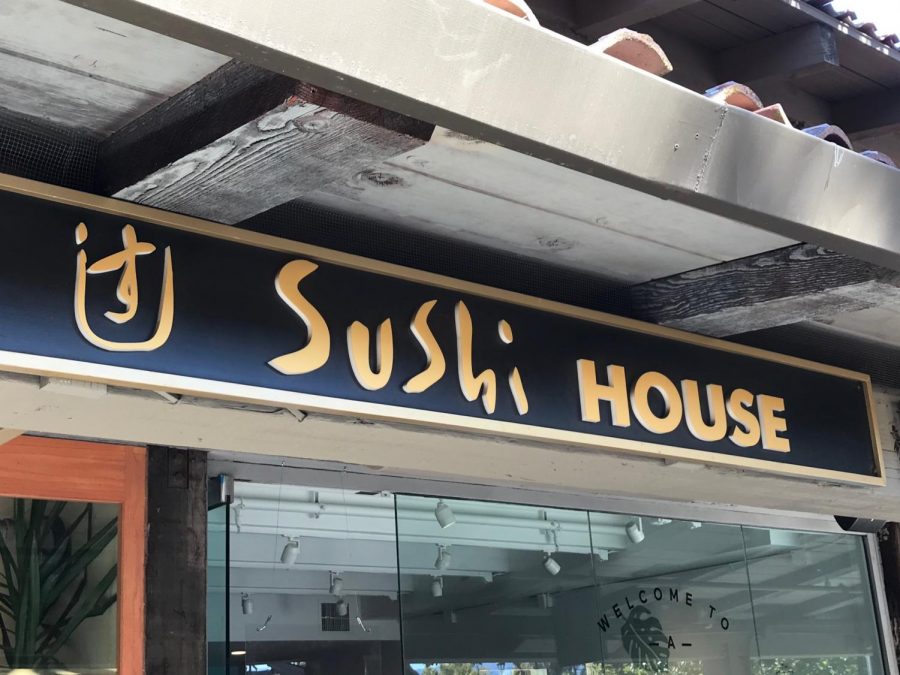 The Sushi House restaurant has survived over nine months since the Center for Disease Control officially declared COVID-19 a pandemic. “I can't speak for other businesses, but I can say that we are blessed — and this is 100% because of our loyal customers and hard working staff,” Ueki said. Photo: Kenji Ueki

After 32 years of being a popular lunch-time spot for Palo Alto High School students, the Sushi House is pulling through the pandemic — so far — despite new county lockdown protocols allowing only deliveries and take-out for restaurants.

Sushi House will continue making its time-tested Japanese recipes for customers even given a Dec. 6 order from the Country of Santa Clara, according to Sushi House founder Kenji Ueki.

“We have only been doing take-out since March,” said Noriko Ueki, daughter of Kenji Ueki. “This updated order has not really changed our daily operation, except for further decreasing indoor capacity and tightening no-contact protocols.”

Kenji Ueki, founder of the Sushi House business, immigrated to the US from Japan in 1978 and picked up various restaurant jobs to support himself.

“After starting a family in the 1980s, I knew I needed something more stable than juggling multiple jobs all over the Bay Area,” he stated in an email to The Paly Voice. “I had a friend who was also in a similar situation, and we both decided we would take the plunge and open our Japanese restaurant.”

Kenji Ueki decided to locate the restaurant in Town and Country because it was family-friendly — “a real center for entrepreneurs,” he stated.

In 1989, Kenji Ueki and his business partner, the late Masahiro Nagamine, opened Sushi House as a take-out business.

“Our vision from day one was to create a space that would provide quality Japanese food at a reasonable price with the hope that it would help bridge the connection between Japanese and American cultures,” Kenji Ueki stated.

“You have no idea how sad my family and I are that it [Village Cheese House] is now closed,” Kenji Ueki stated, adding that he has made many memories with Paly students as Sushi House’s customers and plans to make many more.

“Over three decades, we have seen kids go through high school, graduate college, and then bring back their own children to the restaurant,” Kenji Ueki stated. “This is a great feeling — things coming full circle; people taking care of one another.”