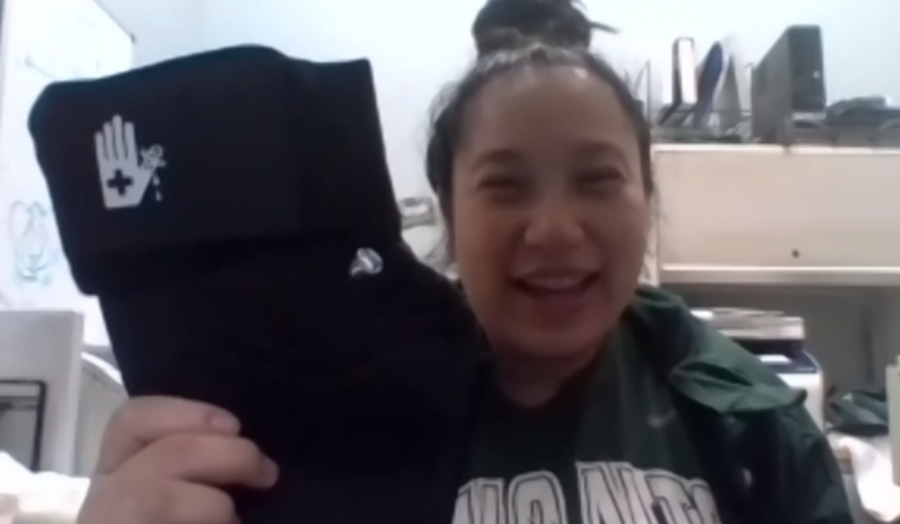 Previously packed with athletes stopping by for physical therapy, a tape job or ice, Athletic Trainer Justine Iongi’s Sports Medicine room at Palo Alto High School is now eerily quiet, with the once-noisy chatter of students replaced by the low rumble of the ice machine.

After spending the beginning of the school year on maternity leave, Iongi returned to doing administrative work last month and has been preparing to help Paly athletes, who have recently returned to practicing, in the safest manner possible.

“I came back mid-October, and my schedule changed because I was working in the mornings doing admin,” Iongi said. “Now that we’re getting into the full swing of things, I’m here during practice times and I’m going to give the rundown to the coaches of how they can reach me.”

According to Iongi,  Zoom meeting schedules will open up in December, and she will try to limit in-person contact when she returns to treating athletes’ injuries and helping them with rehabilitation.

“It [the Sports Medicine Department] is moving towards telehealth,” Iongi said. “But when there’s an emergency, and there’s someone who really needs my care, of course, I can’t maintain six feet away if I have to help them.”

To help athletes with less acute injuries recover from a distance, Iongi plans to help them find ways to take care of themselves more independently and schedule Zoom meetings for rehabilitation.

“We’re going to transition to less taping, more focusing on braces because if you have a wrist brace, you could put it on yourself — you don’t need me to do it,” Iongi said. “We’ll have Zoom, it’s going to be an appointment system, where they can schedule a time to talk to me about rehab, an injury. And then from there, we could go ahead and I could send out exercises for them to do and I could get them a little rehab equipment.”

Still, Iongi said, aiding students in the recovery process will be more difficult now that she’s working from a distance.

“It has always been me helping you, hands-on and very engaged,” Iongi said. “So now, of course, it’s hard with the social distancing, but I think the hardest part is that I won’t be able to help as many kids as I normally would because of all the restrictions.”

Iongi said she will miss connecting with athletes in-person and talking to them during games.

“One of the best things about my job is getting to know the students and seeing them excel in their sports,” Iongi said. “I’ll get to see them, but like cheering them on from afar; no more sitting with them on the sidelines, or sitting in the dugout with them.”