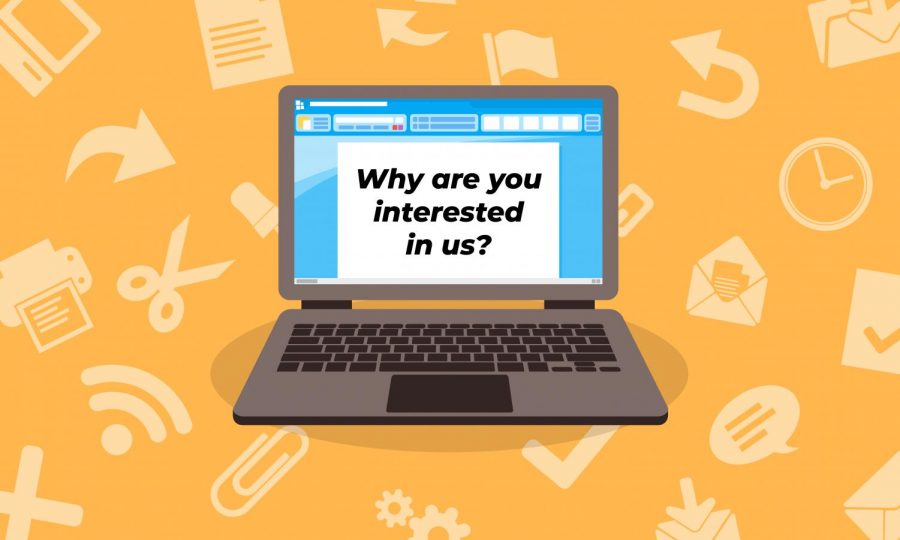 With the college application season in full swing, many Palo Alto High School seniors have had to adjust to working on applications in an online environment. Senior Medha Atla said her virtual appointments with Paly College Advisor Sandra Cernobori have helped her with her applications. “I’m an only child,” Atla said. “I don’t have any older siblings who went through this college process. My parents didn’t go to undergrad here [in the U.S.]. So I needed help with, you know, ‘what does this mean on the FAFSA?’ ‘what do I put here for the Common App?’”

At 3 a.m. on a school night, senior Jonny Pei clacks away at his keyboard, working on college essays while chatting with some of his friends on Discord. The occasional conversation keeps him awake as he scrambles to finish college applications after a long day of school, sports and homework.

Pei is one of many Palo Alto High School seniors who have recently stayed up late to finish college essays, a tell-tale sign that the college application season is in progress at Paly. Unlike past years, however, seniors are dealing with the process in the midst of the COVID-19 pandemic and online learning.

As seniors tackle college applications in unprecedented circumstances, many have noticed benefits and drawbacks of an online environment.

Due to the pandemic, many students have not been able to visit colleges in-person and have instead turned to other sources to decide where to apply. Senior Kimi Lillios said she was not able to visit her top college choice, but reached out to several Paly alumni who attended the school and decided to commit to a binding Early Decision application.

“I have instead replaced traveling with a lot more anecdotal encounters with students I know that go there,” Lillios said. “Talking to people from Palo Alto has been really helpful because they have a similar perspective to me, especially when I can find people who have had similar experiences at Paly.”

Lillios said she believes the location and campus of a college will be less important than in the past, with the 2021-2022 school year potentially taking place online.

However, some seniors, including Charlize Nguyen, are more hesitant to bind themselves to an Early Decision application without seeing the school in-person.

“With COVID-19, I was unable to visit most of the schools that I’m applying to,” Nguyen stated in a message. “I think this is a large reason why I am not applying Early Decision anywhere — I’m reluctant to commit myself to a school that I’ve never visited.”

Paly College Advisor Sandra Cernobori said based on the meetings she has had with students, she believes a similar number of students are still applying Early Decision compared to past years.

“It [not having visited] is definitely challenging when you’re making a binding commitment,” Cernobori said. “So I could see where COVID would make an impact. I’m just not sure that it is.”

Besides researching colleges and deciding when and how to apply, completing applications has become more of a challenge due to screen fatigue, according to Lillios.

“In some ways, it [completing applications] is arguably easier, because normally … I would definitely have way less free time after school,” Lillios said. “But I am so fatigued by the end of the day, and having to sit down at a computer and work on long essays in addition to spending six hours a day on a computer … it’s a lot to handle.”

Although online learning has its drawbacks, Nguyen said she believes not being in-person has mitigated stress caused by the competitiveness of the college application process.

“I think that I might be more stressed if school was in-person,” Nguyen said. “If we were on campus right now, I think that a lot of people would be discussing college applications, which could create a tense, perhaps toxic, environment.”

Senior Medha Atla also expressed that online school has reduced the stress of the application process, and said that the new late-start schedule has allowed her to designate mornings as time to work on her college essays.

“I’m a morning person,” Atla said. “I wake up at 6:30 in the morning even if I have class at 10 a.m. So I work on college apps in the morning before school starts … and that’s worked out really great for me because I kind of have separate times. I like having that structure in my day.”

Atla said she has met several times with her junior year English teacher and with Cernobori for help with her essays and filling out parts of the Common Application. However, Cernobori said this year, students are scheduling fewer appointments with Paly college counselors compared to past years, a trend she attributes to the new bell schedule.

“I actually haven’t been as slammed as I normally am in person,” Cernobori said. ““I meet with students either during their prep period, during tutorial or after school, but in our new bell schedule, tutorial and after school are exactly the same. … That means there’s actually fewer… opportunities [to meet].”

Senior Justin Qiu said even with school being moved online, resources previously offered in-person, like tutorial and office hours, are still accessible and have helped him with his college applications.

“Teachers and guidance counselors are just as accessible as before,” Qiu said. “I have been using tutorials to ask questions and get help in several classes.”

COVID-19 has not only impacted seniors’ college application process and daily schedules, but has also sparked periods of personal growth in many students. Pei said although juggling all of his obligations has been stressful, he has learned to better manage his responsibilities by setting personal goals for himself and going to his friends for support.

“Above all, online schooling and college applications have forced me to become more vulnerable, taking pride in my accomplishments while acknowledging and reflecting upon my flaws,” Pei said. “I have learned to be more open to help from others, and have developed a new level of appreciation for my friends.”