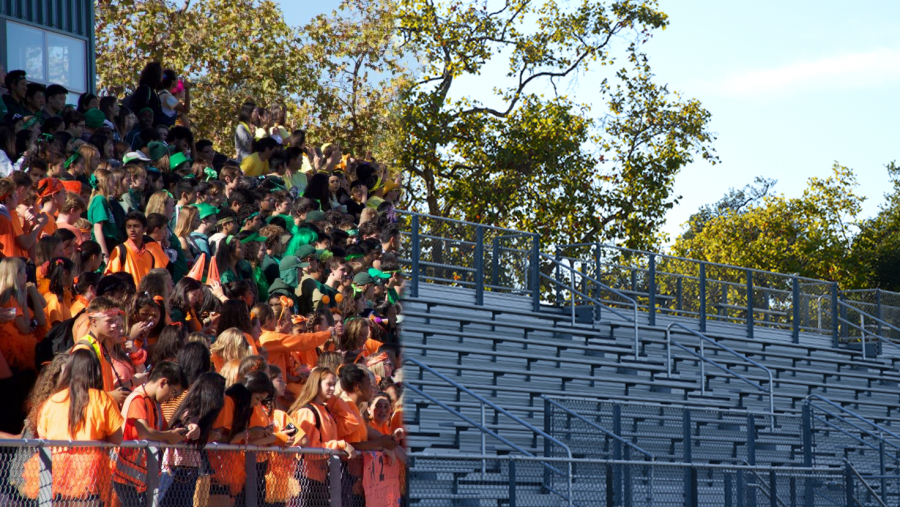 Viking Week, a series event modeled off of previous spirit weeks, will be hosted online, substituting this year’s Spirit Week, which will be postponed to next semester. “We have pushed back our traditional spirit week,” ASB Director Greer Stone said. “It's just going to be likely in the spring.” Photo: Allie Feitzinger, Jason Lin

After over 80 years of Spirit Weeks, students can look forward to Palo Alto High School’s first virtual “Viking Week” in place of the delayed, in-person Spirit Week. Viking Week will occur during the first week of November while Spirit Week will be postponed to the next semester, according to Joy Xu, one of two Associated Student Body Spirit Commissioners.

“We don’t want students to expect that this is the same thing, because with coronavirus and quarantine, this is a completely different thing,” Xu said.

Similarly to Spirit Week, Viking Week will pit different grades against each other, where each class tries to accumulate the most points by winning events. According to ASB Director Greer Stone, these points will be added to the points that each class gets for the traditional Spirit Week activities to be done in the spring, although there will still be a winner for the Viking Week. Events for the spring Spirit Week are still in the planning process, and are not confirmed, he added.

“Hopefully it [the added points] will encourage participation during the virtual Spirit Week, and let students know this is going to help [them] win Spirit Week in the spring when we’re back on campus,” Stone said.

ASB is planning to produce a combination of both asynchronous and synchronous activity ideas for the virtual Viking Week, Stone added.

Stone said that ASB has discussed potentially having a TikTok competition, where students would submit TikTok videos or videos of any similar format. According to Xu, the videos will be submitted through a Google form, and compiled into a video at the end of the week.

Another idea that ASB has come up with is a scavenger hunt event. According to Sabrina Chan, the other Spirit Commissioner, students will scan QR codes around the city to get points and potentially win prizes.

Stone also mentioned that students will be encouraged to wear Paly colors to celebrate Viking Week during Zoom classes.

Unlike last year’s Spirit Week, where the main incentive for participation was class points, Xu has offered another incentive for Viking Week: challenges for class officers. Based on the number of students from each class who submit entries, class officers will complete increasingly difficult challenges such as drinking a gross smoothie, getting drenched with ice water, or getting a pie thrown in their face.

“We always want to maximize participation, and from the perspective of students, I don’t think class points are enough of an incentive,” Xu said. “I think it would be fun to see the class president get pied in the face.”

Xu said ASB hopes to bring fun events to Paly to help students connect with each other at a time when students are alone at home.

“The whole point of Spirit Week is to create unity, inclusiveness, and spirit,” Xu said.