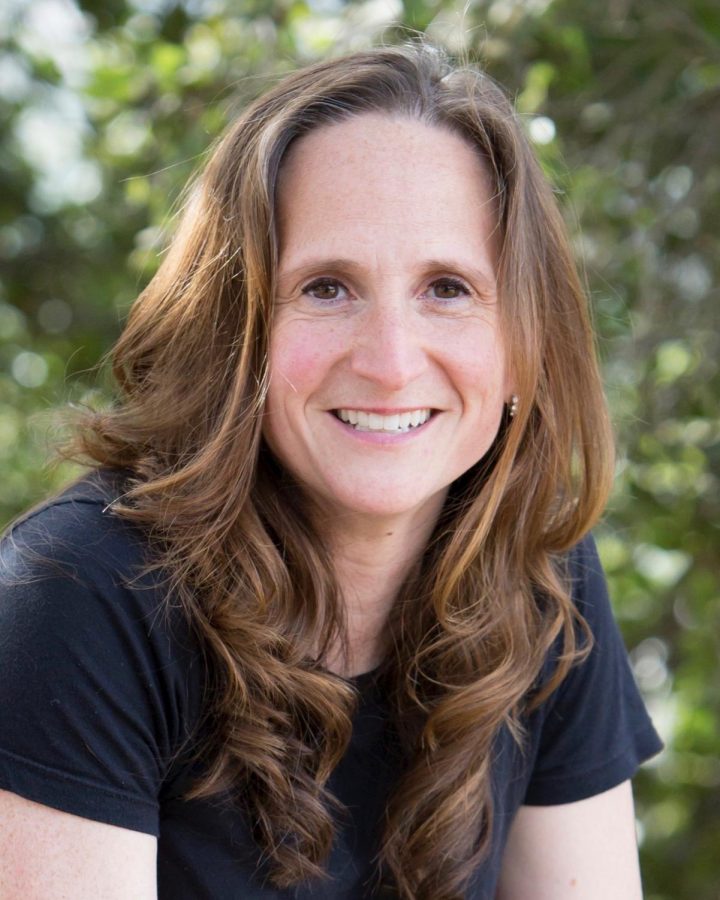 If you were a student at Ellen Fletcher Middle School last school year and you had an outstanding library fine, you would not be allowed to attend the school dance, according to page 16 of the school’s Student Handbook.

That, Palo Alto Board of Education member Jennifer DiBrienza said, is a small example of how the Palo Alto community has made low-income students who cannot necessarily afford a fine feel like “second-class citizens.” Many underrepresented students do not feel like the district “is there” for them and as a result feel alienated from the community, DiBrienza said.

In a campaign centered on remedying such systemic inequities and leading the school district through the educational and fiscal challenges posed by COVID-19, DiBrienza is seeking reelection to a second term on the Palo Alto Board of Education.

DiBrienza worked as a teacher and staff developer for eight years before her current job as an educational consultant, and has three children, two of whom attend Palo Alto Unified School District schools. She was the President of the Board of Education in 2019.

As a parent, DiBrienza said she has a “front row seat” to distance learning, and sees the safe reopening of schools as a priority. In a Sept. 2 interview with The Paly Voice, she cited Extended School Year — a district program similar to summer school that allowed students with severe special needs to continue in-person instruction last summer — as evidence that schools can safely reopen for some students in the coming weeks.

However, reopening is only one of the challenges that the pandemic presents, according to DiBrienza. Despite the district’s best efforts to promote mental health, distance learning has isolated many students, DiBrienza said.

“Even though we’re not seeing kids face-to-face and can’t provide the same services that we provided when in-person, I want to make sure that we are continuing to provide supports, and that we’re continuing to not only provide supports once you are either overly stressed out or really in need of help, but that we’re implementing policies that don’t exacerbate problems,” DiBrienza said.

Several parents at the Aug. 25 school board meeting said that the district was not doing enough to support students with dyslexia and special needs during the pandemic. DiBrienza said she is committed to the 2018 resolution unanimously passed by the board to identify and address the needs of students with dyslexia.

The district was in the middle of training all reading specialists and elementary school teachers in the Orton-Gillingham Approach, a program that DiBrienza said has been particularly effective in supporting students with dyslexia, when the pandemic hit. School closures forced the district to move professional development days — which were originally planned to provide specialists and teachers with dyslexia training — to the beginning of the school year so teachers could plan distance learning, according to DiBrienza.

“Now we’re trying to think about when and how we can make sure all elementary school teachers are trained and ready to provide the supports necessary,” DiBrienza said. “It’s a priority, it’s very important, and yet so is COVID. We can only do so much right now. So while we have no professional development days right now — that is on hold, but top priority.”

Another group at the Aug. 25 school board meeting, members of an anti-racism alumni group, criticized the district’s efforts to address racism, saying that it was not fulfilling its commitment to a resolution passed in 2019 condemning racism. DiBrienza told The Paly Voice that the district has been doing a lot of work to address these systemic issues, including an anti-racism module that was required for all staff over the summer and a weekend-long anti-racism workshop that many staff members chose to attend over the summer.

“I would love to see us doing more now, but I don’t have a board majority to insist that that work happen,” DiBrienza said. “So I’m hoping that after this November election, we will have more board members that are really pushing for this work. I think that everyone currently on the board believes in this work, but I think there’s a disagreement over what that work looks like.”

DiBrienza is one of six candidates running for three seats on the school board. The other candidates are incumbent Todd Collins and newcomers Katie Causey, Jesse Ladomirak, Matthew Nagle and Karna Nisewaner.