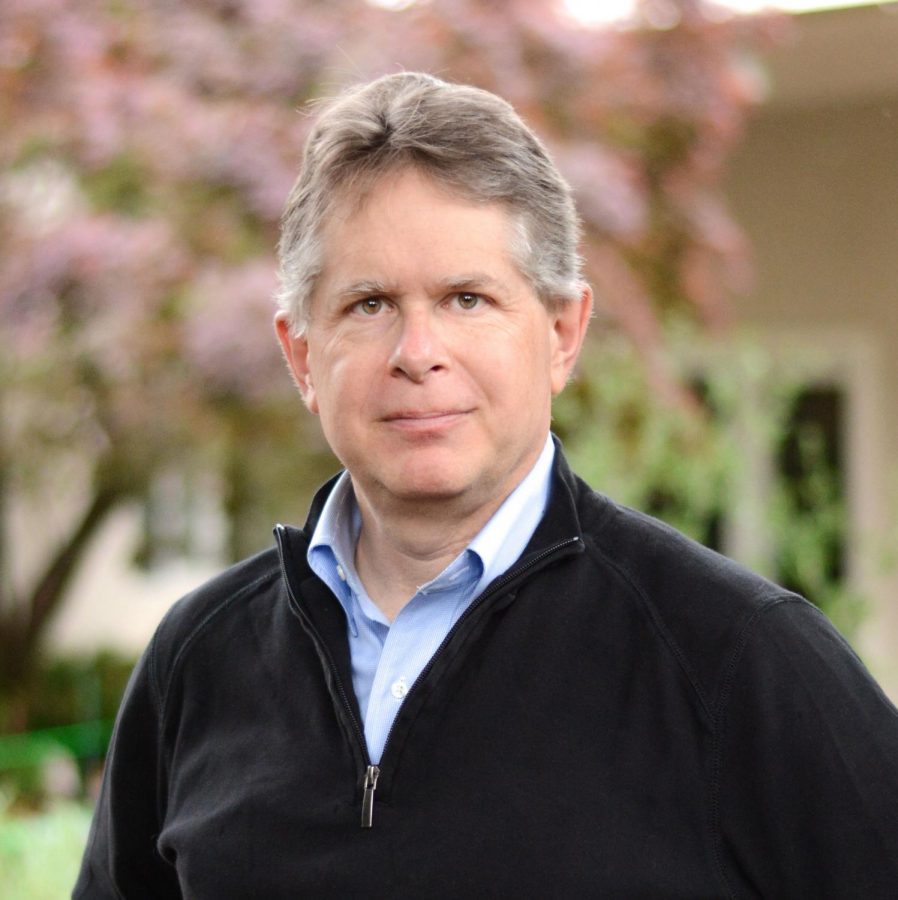 Before Palo Alto Board of Education President Todd Collins started his first term, the district “kept getting enmeshed with scandals and mistakes,” including a $6 million “budget blunder” and Office of Civil Rights investigations, Collins said.

“When we started, we were not a well-run organization in my opinion,” Collins said. “We had cultural issues and we needed a change.”

Now focused on a message of guiding the Palo Alto Unified School District through the pandemic, entrepreneur and private investor Todd Collins is running for reelection.

Collins is a parent of three children who attended PAUSD schools, and he has served on several school board committees, including the Property Committee and City/School Liaison Committee. Collins said he believes he has the experience and knowledge of community values to address the educational challenges that distance learning has raised.

If elected for a second term, Collins said he hopes to continue supporting low-income and underrepresented students at PAUSD, both during the pandemic and in the long term. The fact that eighty percent of low-income Hispanic students tested below grade level, Collins said, is evidence that the district needs to do more to address the achievement gap.

Amid the pandemic, Collins emphasized the need to resume in-person learning for as many students as possible — health regulations permitting — under programs such as PAUSD+, which will provide historically underrepresented and socioeconomically disadvantaged students with academic support from staff at secondary school libraries. It is set to start on Tuesday, according to Palo Alto High School Assistant Principal Jerry Berkson.

“Kids are able to learn incredibly quickly when they’re in the right environment,” Collins said. “That’s part of the reason why getting PAUSD+ open is such a big to-do for us. We’ve got to take those least advantaged, most vulnerable kids, and put them in an environment where we can give them more support.”

Besides advocating for the renewal of the parcel tax, a local tax on properties that raises over $15 million for PAUSD each year currently on the November ballot, Collins said he believes that the school board must protect its financial reserves throughout the likely two to three years he said the district’s budget will be impacted by the pandemic.

“Managing conservatively for the long term, while trying to keep our expenses in check, while making sure that we’re meeting the immediate needs that people have — I think that’s the balance that we’re looking for,” Collins said. “And I think we struck that balance pretty well this year.”

In his four years serving on the school board, Collins named the district’s work under the PAUSD promise, a plan focused on equalizing educational outcomes for all students, and the “culture change” that he oversaw, as his most significant accomplishments.

“We hired Dr. Austin, our new superintendent, and we’ve had significant turnover at the senior leadership levels of the district,” Collins said. “And with that has come a culture change about how our district office works together.”

Going forward, the school board should ideally be “in the background,” and students should be “the star of the show,” Collins said.

“I really have this belief that if you’re doing school board right, it should be as boring as watching the grass grow,” Collins said. “Drama is just not good for student success.”

Collins joins five other candidates running for three seats on the school board. The other candidates are incumbent Jennifer DiBrienza and newcomers Katie Causey, Jesse Ladomirak, Matthew Nagle and Karna Nisewaner.