Column: The friendliest gesture is to stay away 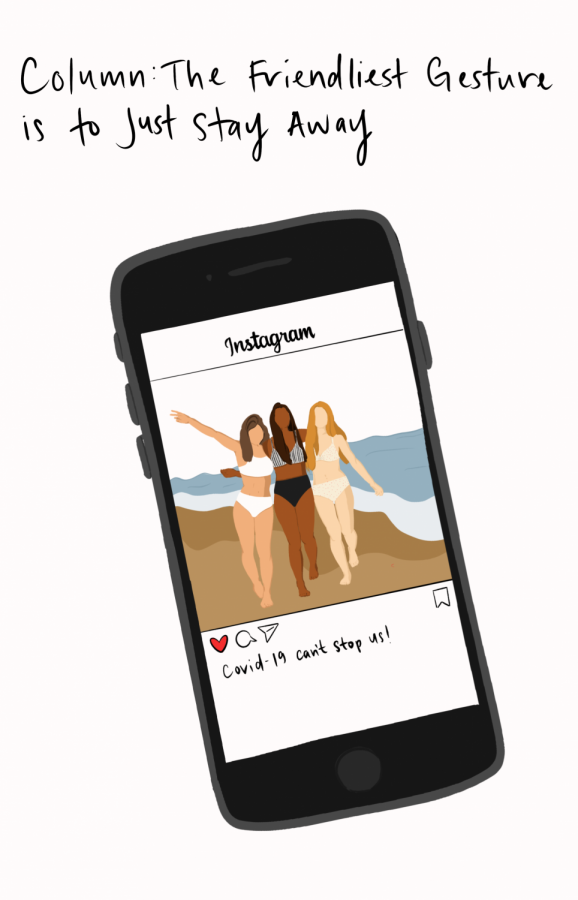 Nationwide talks of reopening have spurred small, seemingly innocuous defiances to local regulations. Essential business workers may need to leave home to open up shop again, but what about the rest of us?

Yes, many of us are tired of quarantine. Yes, it’s tempting to meet with others in person again. But meeting in person too early on a broad scale could have devastating consequences, according to Anthony Fauci, the nation’s top infectious disease expert and director of the National Institute of Allergy and Infectious Disease.

As the country begins to open up again, the threat of a second, increasingly severe wave of the virus looms, Fauci said.

“There is a real risk that you [states loosening restrictions] will trigger an outbreak that you might not be able to control,” Fauci said in his testimony before the Senate. “Not only leading to some suffering and death that could be avoided, but could even set you back on the road to trying to get economic recovery.”

Many argue the impossibility of being carriers of the virus. After weeks of isolation and no symptoms, there can’t be any harm in meeting with others who have done the same, right? If neither party has the virus, isn’t the risk of spread zero?

According to the Centers for Disease Control and Prevention, any close in-person interactions pose a threat of contamination, meaning that exposure to the outside world in this stage — even a permitted trip for groceries or neighborhood walk — is a potential source of contagion of the virus. New cases have not plateaued, according to data from public health officials — in Santa Clara County nor nationwide.

In all honesty, we can’t be sure that any of us have not contracted — or will not contract — the virus, although for weeks we have followed the government suggested precautions.

In fact, while it may seem inconsequential to meet up “socially distanced” now, recent studies show that the six foot guideline doesn’t prevent contamination from one person to another, contrary to previous beliefs.

Going out and about exposes yourself and others, while potentially spreading disease if any participating party is a carrier. Teens may not display as severe of symptoms, but the virus can still be fatal — especially for those living with high-risk relatives. All in all, it’s just not worth the risk.

So, instead of scheduling a “much-needed” outing to catch up with a friend, pick up the phone to chat for a while. Our devices are bursting with innovations that allow us to feel as though we are right next to each other, and as technology advances, virtual video calls allow for comparable replacements to in-person meetings. Meeting face-to-face is a custom we have enjoyed throughout life, but adapting to leverage the resources we have in this day and age is to our benefit under shelter-in-place circumstances.

Because in these unprecedented times, the most amiable gesture may be to stay away.