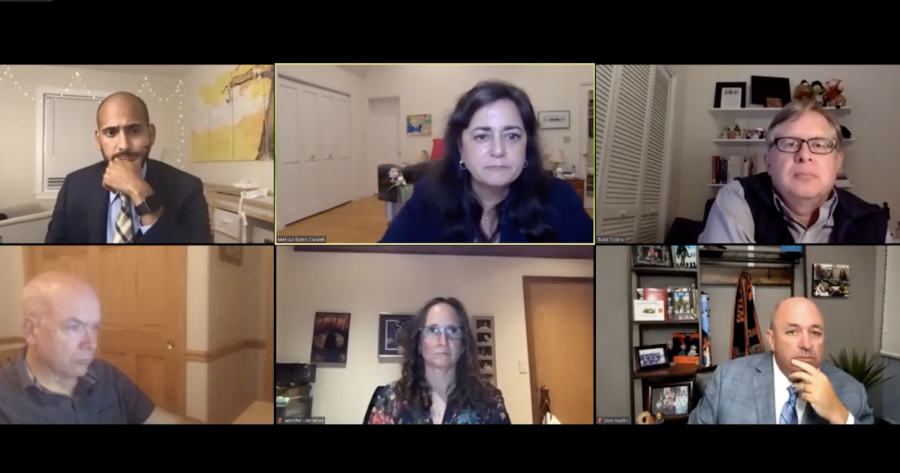 Facing what is possibly the most severe budget outlook in its history, the Palo Alto Board of Education will meet again on Tuesday night to further discuss budget assumptions and revenue circumstances for the current and coming fiscal years. Observers say these discussions will likely lead to serious reductions that will profoundly impact the Palo Alto Unified School District.

Based on a discussion item sent by Chief Business Officer of PAUSD Carolyn Chow to Supt. Don Austin, the district’s estimated expenditures for next year are expected to rise by almost $10 million. Even by applying an initial round of proposed reductions in staffing, programs and contracts, the district would only save about $5.7 million, Chow said at a May 12 board meeting.

(Editor’s note: Since that meeting, the School Board has updated its budget assumptions and reduction plans, according to the agenda for the May 26 district board meeting.)

With the 2020-2021 budget assumptions detailed by Chow in a presentation, the situation is grim, and with district revenue streams becoming unpredictable during the economic crisis, the district can only hope the damage won’t be too deep.

The district’s parcel tax, a source of funding for K-12 public education, was a factor in possible revenue shortfalls. The current one will expire in June of next year, and according to Supt. Don Austin, the impacts of the economic crisis on the state forced the district to remove the parcel tax from the most recent ballot this month, which would have generated over $15 million per year for the district.

“If we are unable to get the parcel tax on an upcoming ballot and pass it, we will be looking at large-scale reductions that will change the look of our school district, ” Austin said in an email interview with The Paly Voice on May 11.

One of the most notable potential cuts that was discussed was the Cubberley lease, which, according to Chow, nets the district $5 million in payments from the City of Palo Alto in normal years.

“We are working to negotiate an acceptable lease agreement with the City for Cubberley and hope to do some polling regarding the parcel tax in June,” Austin said.

Low, moderate and optimistic projections were also made for district revenue coming from facility rentals, property tax, state cost-of-living adjustment and donation accounts, which are also likely to suffer and contribute to revenue reductions, according to the presentation.

Overall, the multiple potential paths forward reflect the uncertainty of the current situation. Austin said the state assembly’s budget committee will be holding a rare budget revision in August that could further complicate the situation for PAUSD.

During the May 12 board meeting, the school board also voiced different perspectives on other pending cuts by the city. These include:

Teen Programs (may include)

Listen to their comments in the video below.