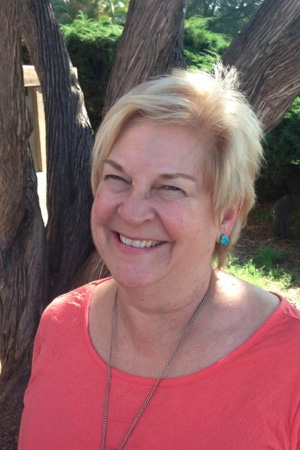 During her time at Paly she has had some amazing experiences but among the most significant one was designing the school’s Performing Arts Center from the ground up and seeing it get built. The new theater opened four years ago and Woods said it changed her life.

“Opening the Performing Arts Center was just really exciting,” Woods said in an interview with The Paly Voice before the school’s March 13 closure for coronavirus shelter-in-place. “Every day still, when I come in, I’m just so happy that we were able to get a lot of different positive forces to come together and create this amazing facility for the students and for the school community.”

Woods said she enjoyed getting to have her classes and performances in the PAC because it is so much bigger than the older than the Haymarket Theatre, and she was able to try new things like sets that move up and down, more scenery and have a larger audience.

In the four years since the PAC opened, Woods’ favorite show she has directed was “Guys and Dolls” last year.

“I thought it [“Guys and Dolls”] was just music coming together with theater, and the talent pool that we had was fantastic,” Woods said.

Sophomore Phoebe Berghout, one of Woods’ students and an actress in many of her shows, expressed sadness when she heard of Woods’ retirement.

“I’m going to miss her because not only does she care about the production she’s putting on, but her students and their well-being,” Berghout said. “She has given us the space and opportunity to create art and do things that make us really happy.”

According to choir teacher Michael Najar, who has worked alongside Woods on many projects, including the creation of the PAC, his colleague Woods has also changed the way the school sees theater.

“I am deeply indebted to her for including my work and allowing me to be a part of her work,” Najar said.“Besides being one of the best teachers this campus has, she is also one of its best people. She puts students first. Not just their education but their well-being, their happiness.”

Woods says that although she will miss Paly, her theater community is a small but tight-knit and she plans to come back to attend Paly theater shows and watch her former students perform.

“I will miss my students immensely,” Woods said. “Their sense of community and their sense of supporting each other while driving for high quality [and] striving for excellence has made my time here just incredible.”