'Never Have I Ever' related to a show more! 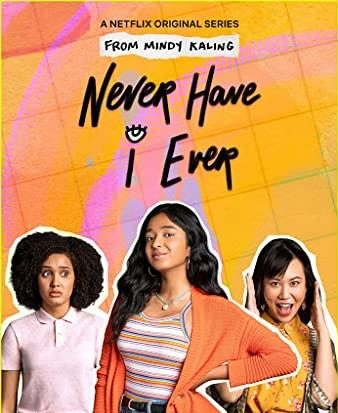 Spoilers included in this review.

Her dad died dramatically at her concert, her legs were temporarily paralyzed, but all Devi Vishwakumar (Maitreyi Ramakrishnan) can think of is snagging the hottest boy in school. On top of that, tennis legend John McEnroe narrates Vishwakumar’s whole adventure. And a cameo from Adam Samberg!

“Never Have I Ever” is the first Netflix show that centers around the life of a first-generation Indian-American teen. Kaling based Vishwakumar’s life and experiences around her own adolescence, according to an interview with The New York Times.

A show like this garnering such positive attention on Netflix is refreshing. It also provides a sense of acceptance for Indian-American teens, having grown up mostly watching mainstream television shows with white teens.

A highlight of the show is the way real issues are discussed in a comical way: Fabiola struggling to come out to her family as gay, Eleanor coping with her mom’s presence then disappearance, and Vishwakumar using a dreamy boy as a way to distract herself from the pain of her father’s death and mother’s harshness. The producers strategically targeted Indian-Americans, teens, and parents.

We found it impressive that the show included so much background on each character in just 10, 30-minute episodes. The flashbacks of both Vishwakumar’s mom (Poorna Jagannathan) and Vishwakumar let us see past their tough acts. An entire episode dedicated to Ben (Jaren Lewison) successfully makes the audience go from hating him to wanting to befriend him. The producers managed to squeeze in little tidbits of Vishwakumar’s cousin Kamala (Richa Shukla) struggling to be an independent woman in the face of her family’s pressure for her to get an arranged marriage. Even including minor character Trent Harrison’s (Benjamin Norris) sadness when his grandma is brought up in conversation gives a whole other dimension to his character.

A sassy protagonist, the craziest backstory, an archnemesis, a dream guy, an epic trio, and even a gorgeous cousin trying not to disappoint her family — what more could you want? Actually, there is one missing piece: an appreciation of culture and race. Kaling does an incredible job of making Vishwakumar’s experiences relatable, but her constant shame of being Indian is disappointing. From praying for her hair to thin down and calling a girl too Indian, to desperately wanting to leave a traditional prayer, Vishwakumar’s Indian shame has no end. The saddest part is that this is relatable for so many first-generation teens. We were hoping this show would display an acceptance of Indian culture and exhibit why being Indian-American is something to be proud of. The lack of appreciation for the underrepresented culture feels like a missed opportunity in Kaling’s otherwise-groundbreaking show.