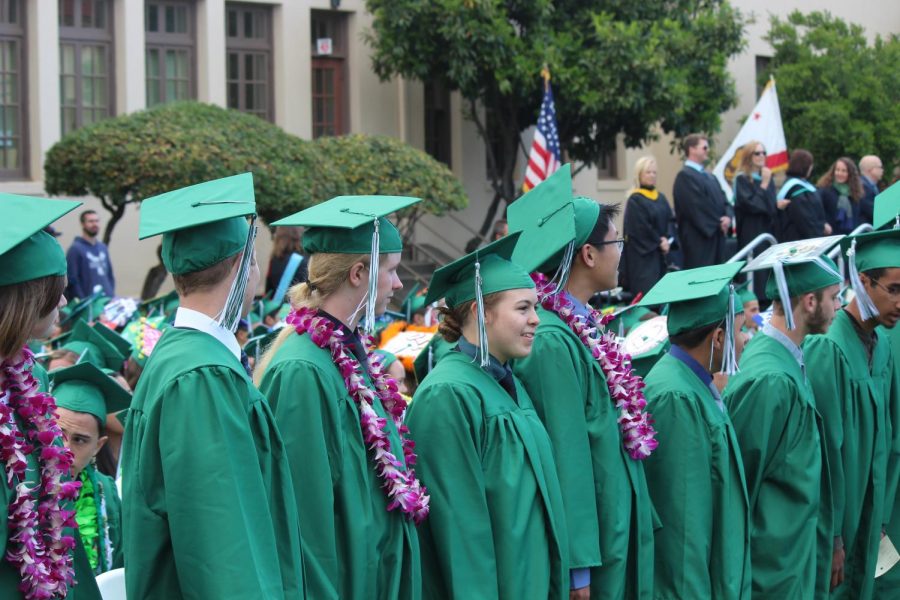 Seniors graduating from the Palo Alto Unified School District should plan to don their caps and gowns in December and expect alternate festivities in June, following a letter from Principal Adam Paulson yesterday.

According to the letter, the type of winter celebration will be decided at the beginning of the 2020-2021 school year, to be based both on student feedback and social distancing guidelines projected for December. The specific date is also to be determined.

In a live Zoom presentation titled “Backstage with the Superintendent,” Superintendent Don Austin said yesterday that the ceremony is intended to take place when students return from college campuses, assuming in-person classes resume.

“Unfortunately, we don’t know what that [the December celebration] is going to look like because we’re prioritizing the June week over grad right now,” senior Pooja Akella, Associated Student Body president, stated in a message to The Paly Voice. “That’s something that the new student activities director will be working on once they get selected.”

In his letter, Paulson reiterated the cancellation of both Prom and Baccalaureate. However, the letter mentioned ongoing event planning for the week of June 1-5, intended to “celebrate and acknowledge the accomplishments of the Class of 2020 in conjunction with the end of their school year.”

According to Akella, the early June events will be finalized tomorrow during a meeting with ASB and Paulson.

Due to current social distancing guidelines and county regulations, PAUSD graduation ceremonies cannot be held traditionally or in-person in June. Options such as vehicle processionals were prohibited by “public health officials,” according to Paulson.

Despite discussion surrounding a virtual ceremony, Paulson stated in his letter that the student response to this idea was firmly negative.

“Simply, the students rejected this idea and some flatly stated they wouldn’t want to participate even if it was offered,” Paulson stated. “The voice of [the] student body was that they do not want an imitation ceremony.”

Austin reminded the community that while parental and student feedback may differ, the ceremony is ultimately for the senior class.

“Graduation for seniors is for our seniors and because of that we listened to them,” Austin said. “We did some outreach to our seniors and overwhelmingly they told us something that I think — quite honestly — is not going to align with what our parents may want.”

Senior Ena Zou is among students grateful that graduation was postponed rather than celebrated virtually because she was hoping for an official ceremony.

“Grad is something that we’ve looked forward to ever since we were all 10 and watching ‘High School Musical,’” Zou stated. “I think a December grad  gives everyone the slightest glimmer of hope that we will have some sort of in-person ceremony, although I doubt our grad will be like the past ones.”

Despite praising the district’s work to plan an in-person event in light of current circumstances, Zou expressed concern about the logistics of a December ceremony.

“It’s also going to be tough for some students because colleges end at different times,” Zou stated. “Some people are going to be studying abroad/taking gap years, and others might be on vacation, but I think most people will be there.”