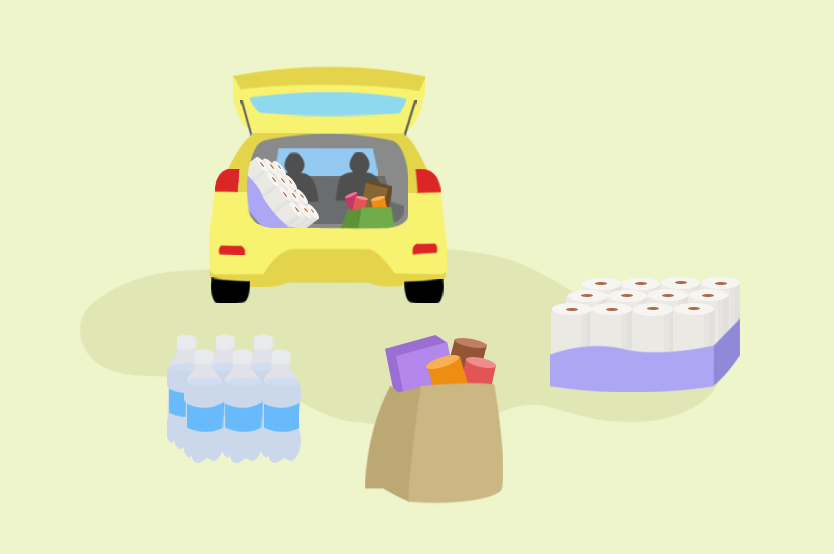 Four Palo Alto High School students are organizing a supply drive this week that will send food, toiletries and monetary donations to the Ecumenical Hunger Program in East Palo Alto.

Behind the project are juniors Alli Miller, Catherine Reller, Melina Soberg and Michael Santullo, who put together their plan with the help of their Social Justice teachers Caitlin Evans and Marc Tolentino.  They plan to run the contact-free food and supply drive by asking people who live in Palo Alto to leave packaged goods outside their door, to picked up by a student volunteer Wednesday morning.

“I thought, because now there is even more need than before, it would be a great time to plan some projects to support the local community,” Soberg stated in a message to The Paly Voice. “I hope that our food drive will help to support EHP and give people an opportunity to give back to our local community when it is most in need.”

Those interested in making a donation can sign up for a supply pickup through a Google Form. Miller stated that the group has recruited about 15 other student volunteers who will assist with food pickups and then drop off the donations to the Ecumenical Hunger Program site. According to Reller, to minimize risk, all volunteers will wear a mask and gloves, and there will be no contact between those donating supplies and those picking them up.

Miller said that Evans and Tolentino, though not physically assisting with food pickups, have been of great help when organizing the plan.

“They have been an incredible support system throughout the entire process and really there whenever we need someone to bounce ideas off,” Miller stated. “They also have helped us so much with kind of keeping us in check with reality and how much we can accomplish.”

With contributions from their neighbors, the group hopes to make a positive difference in the community.

“[I] just felt like I needed to do my part to help out because I am so privileged,” Miller stated. “And I think a lot of people don’t realize the amount of people that live around us that aren’t nearly as privileged as we are and have very little, and so I think it’s really important to do as much as I can for the community.”

According to Reller, the group doesn’t have a goal in mind for the number of donations they’d like to receive, but she says they hope they can reach as many people as possible. So far, they’ve received around 25 signups through their Google Form, and hope to get more soon.

“I think I speak for all of us when I say we wanted a significant donation because EHP is especially low on stock right now,” Soberg stated. “I was honestly expecting a lot more people to sign up because many of us in this community are very privileged and have the ability to donate.”

According to its Facebook page, the Ecumenical Hunger Program is running critically low on resources. To continue supporting local residents who have suffered financially due to the COVID-19 pandemic, the program is requesting donations of bottled water, gift cards, sealed food items, and cash. The center welcomes drop-offs between 9 a.m. and 5 p.m., Tuesday through Thursday. A list of requested supplies can be found here.