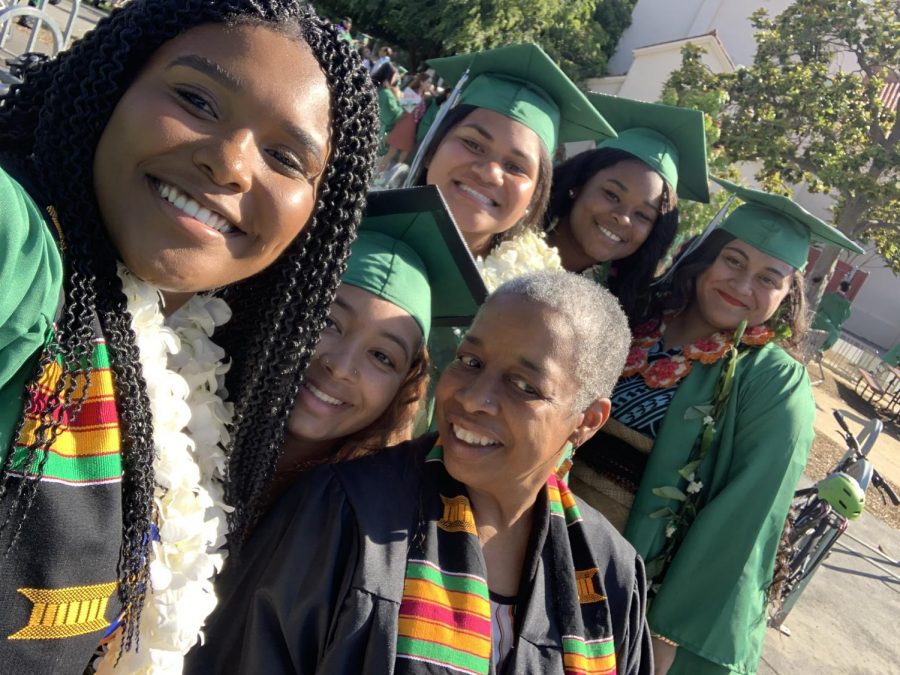 Veteran Living Skills teacher and unwavering voice for underrepresented students and staff Letitia Burton is retiring at the end of this semester.

“Teaching, for me, is a sacred calling… Teaching has given me the opportunity to touch the lives of a lot of people, a lot of students, and to also know that those lives that I’ve touched are going to touch other lives,” Burton said. “It’s a way of creating a legacy, but I can only hope and pray that it’s a good effect and it’s a lasting effect and it’s meaningful.”

Her impact to the Living Skills curriculum over the last two decades is one of the many examples of the powerful legacy she has left behind at Paly.

“She was doing work around gender identity, sexual identity, racial identity,” Klein said. “That’s really complex adult stuff, and I think she handled it with fidelity.”

“Living skills is not a class just anyone can teach,” counselor Susan Schultz said. “Let’s face it, not everybody’s comfortable talking about those things, especially to a room of 30 teenagers.”

In addition to her contribution to Living Skills, Burton has become a well-respected advocate for minority students and staff.

“She was really good at getting people to act and think with equity in mind,” Klein said. “‘How might this one thing impact a set of students whose voices aren’t always heard on campus?’ I think she was really pivotal, she often had a seat on leadership committees.”

“I always admired Letitia for her “stand-up attitude” and support for the students of color and underrepresented students who couldn’t advocate for themselves,” campus supervisor Norma Hymes said. “Ms. Burton always tried to teach her students of color about their Black History and to always give 100% in the classroom no matter what the situation.”

When Burton first became a Paly staff member, there were only two black teachers on the staff. In 2005, a student wrote a vulgar comment in an anonymous Q&A about interracial sex. Over a decade later, Burton says she still sometimes receives disrespect due to the color of her skin.

“Students may not be used to having a person of color being an authority,” Burton said. “It’s kind of like ‘Have a nice day!’ racism, like I really don‘t have to pay attention to you.”

Despite these challenges, Burton has become a revered presence at Paly.

Burton was recently cast in a community theater production, and she says she will continue to pursue musical theater after she retires. She also hopes to take on more singing gigs, and even travel to France.

“She is just a great spiritual human being,” Assistant Principal Berkson said. “I really cherish the conversations that we have had and will really miss her.”