Activities director to leave in June 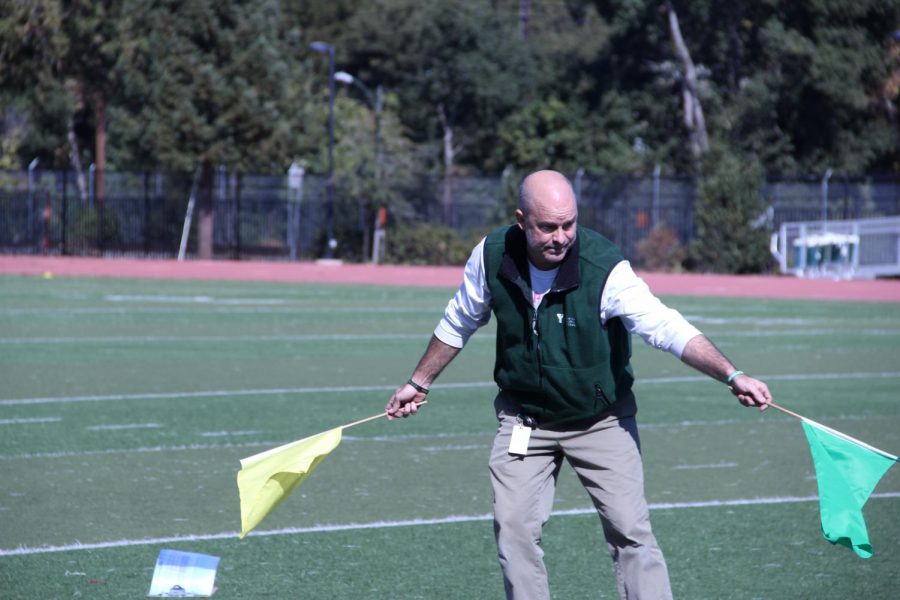 Matt Hall, student activities director and Japanese teacher at Palo Alto High School, announced today that he will be departing at the end of this academic year.

“I am going to be moving to Gunn High School next academic year to serve as a Japanese instructor,” Hall stated in an email to The Paly Voice. “I will no longer be Student Activities Director at Palo Alto High School as of June 3, I believe.”

According to Assistant Principal Jerry Berkson, Hall will be difficult to replace.

“It’s not easy replacing an experienced ASB Director,” Berkson said. “While I am confident that whoever we hire to take his spot will do just fine, there is a transition period/learning curve that comes along with the newness.”

“Everyone was really surprised when he announced it during the ASB zoom meeting and no one really saw it coming,” Liu stated in a message to the Voice. “It is such an important role to ASB and to the school as a whole.”

Sabrina Chan, Social Justice and Climate Commissioner, voiced her concern for the fall after the recent struggles caused by the COVID-19 pandemic.

“There are so many uncertainties for next year in ASB mainly because school closures prompted us to cancel many major spring events,” Chan stated in a message to the Voice. “Mr. Hall was able to give us good insight with events we were planning since he [has] been the ASB advisor for the past nine years.”

Hall’s experience and mentorship will be missed, according to Chan.

“Knowing Mr. Hall, he would have done all he could to ensure next year’s events can succeed despite this year’s hiccups,” Chan said. “But I think most of all, ASB has lost a mentor who has guided us to become better leaders.”