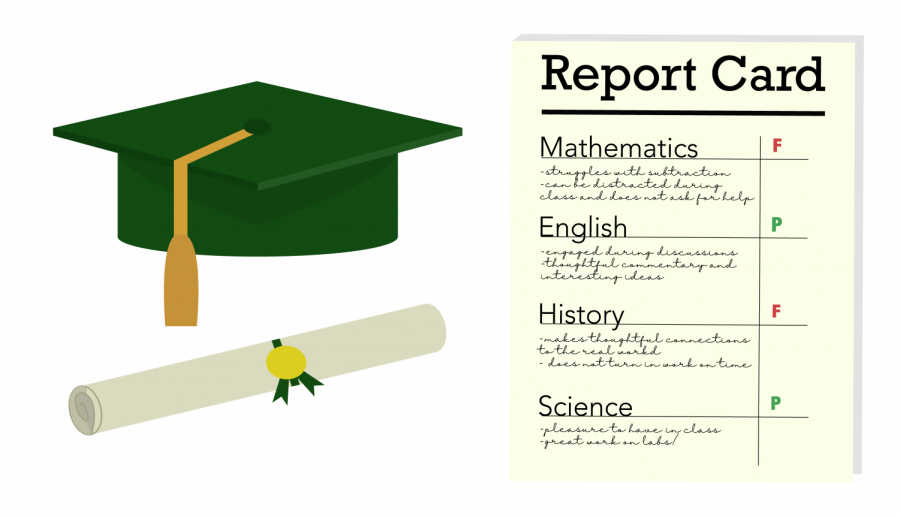 Following an announcement from Palo Alto Unified School District that a credit/no-credit grading system will be implemented this semester, Supt. Don Austin has explained the rationale of the decision and the impact on grade point averages while reassuring students that this change will not affect their college applications.

According to Austin — who spoke via Zoom with staffers from The Paly Voice in a 40-minute conversation this afternoon — the switch to a credit/no-credit system was partially out of concern for students’ well-being and partially for practical purposes during a time when schools are closed in a regional pandemic response.

“The concept of a grade — think about people that you know, that have battled the difference between an 88% and trying to get that A-, that two percent — Can you imagine doing that in this time?” Austin said. “Right now with the first three weeks being flexible after that, trying to figure out some grading system, it just wasn’t practical.”

Austin also confirmed that this semester will not factor into students’ GPAs.

“So some districts, there’s a default that a credit or a pass goes to either a C or a D,” Austin said. “We just we disabled that completely, so there’ll be no pro or con for the semester.”

Although this may be good for some students, it raises concerns for juniors who had been hoping to earn a GPA boost from Advanced Placement courses this semester.

“Second-semester junior year grades are the most important for college applications,” junior Jennifer Solgaard said. “Even though we [Palo Alto High School students] all are dealing with the same thing, I still feel like I am losing something significant because I’ve have considered these grades to be so important for so long.”

Austin said the district will not be deciding on a course-by-course basis how credit/no-credit grades are determined; instead, teachers will be able to work out the best fit for their classes.

“I’m putting that [decision] right back in the hands of our teachers where it belongs,” Austin said. “I will ask for consistency, at least in the spirit of consistency, but they’re going to work through that with you.”

As for college admissions, students will not be negatively impacted, according to Austin.

“Every college is going to have to kind of rethink this semester, because every school in the country is shut down, for the most part, in the state for sure,” Austin said.

For some, the credit/no-credit system may deny them the opportunity to show colleges that they have improved since first semester this year with their grades; however, according to Austin, students will not be disadvantaged due to this missed opportunity.

“They’re just going to want you to explain it,” Austin said. “And you can do that through your own personal letters, through letters from counselors. But you’re not going to be penalized.”

Some colleges and universities, including Harvard University, have already declared that they will take extenuating circumstances of schools into consideration, specifically mentioning credit/no-credit grades this semester. An email from Harvard to current high school juniors detailing these declarations can be found here.

According to an email to Austin from the University of California, Berkeley, UC campuses will be receiving policies for pass/fail grading for current high schoolers in the near future that all UC’s will be required to follow. Students are also expected to receive credit for credit/no-credit classes from UCs.

Additionally, in an email sent to Austin from Richard Shaw, dean of undergraduate admissions and financial aid at Stanford University, Shaw explains that the university will be flexible regarding any changes in the PAUSD grading system when reading applications next fall. Shaw also stated that, due to these changes, the university will be relying more on the School Profile.

According to a report today from the PAUSD Office of the Superintendent, School Profiles contain information about a school’s classes offered, average standardized testing scores, and other important elements that help colleges put students in context.

“In this case, the shift to credit/no-credit grading in the face of a national pandemic will be described and accepted without penalty,” the report stated.

PAUSD is one of the first districts in the state, and possibly nation, to make this switch. Austin said he expects that other school districts will quickly follow suit.

“I think you’re going to see that this week, districts will jump on board,” Austin said.