Paly to remain closed until after Spring Break, effective Monday 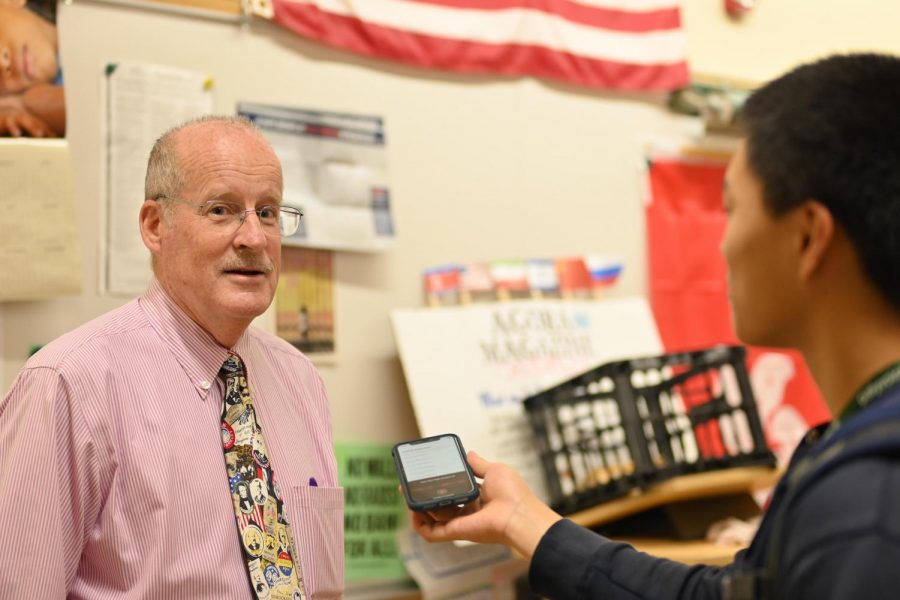 Schools in the Palo Alto Unified School District and Santa Clara County will close starting Monday and will remain closed until after Spring Break, according to a recent email from the office of the Superintendent.

“We [PAUSD] believe our schools provide a clean, safe learning environment to provide a high-quality education for all students,” the district stated in an email sent to staff members. “However, we are facing an unprecedented health crisis and new information is surfacing hourly.”

The email continues on to state that “it is likely our community will be seeing many cases of COVID-19 in the coming weeks and months which will require a measured, sustained response.”

According to Assistant Principal Jerry Berkson, the school board has not yet devised a plan to accommodate remote education during this closure.

“I think that’s something that we have to go to the drawing board and figure things out,” Berkson said. “I think our students are less affected because kids are pretty good here versus other places that that may need more direct instruction.”

At this time, it is not expected that PAUSD will extend the end of the school year past its current date, according to Berkson.

“My guess is because it’s a national emergency there are rules in place to cover that,” Berkson said. “My guess is that they won’t extend it [the school year]. I mean, that just affects so many things.“

The school closure comes as a surprise to Paly staff as well.

“All we know is that teachers are supposed to report to work on Monday still, and they are supposed to be on call Tuesday through Friday,” math teacher Daniel Nguyen said.

Although Berkson said students in PAUSD may not be affected as harshly as some other school districts, the closure may still affect student education within the district greatly. At this time, however, it is unknown if instruction will or will not continue during the closure.

“We haven’t received any guidance about whether we’re going to do flexible learning options — whether any instruction will be conducted during these four weeks,” Nguyen said. “We just don’t know yet.”

Concerns also include the efficacy of online learning relative to traditional instruction.

“The Associate Superintendent of Secondary Instruction said that this type of flexible learning options won’t be as effective in instructing students as in class or in person,” Nguyen said. “Another issue is we teachers have very little training on average with this type of instruction. There was a meeting yesterday with principals and instructional leaders about different options for providing flexible learning options, but things won’t happen right away.”

The decision from the school district will not come without consequence, especially for students enrolled in Advanced Placement classes.

“There are some issues to figure out AP’s is one of them. How much does missing three weeks affect, you know, kids’ success on AP’s?” Berkson said.

Students also voiced their concern over how this closure could affect preparation for the AP exams, which are administered in May.

“I think it’s going to mess up AP testing and stuff because when we go back to school it’s going to be April 13th, and by then that will be three weeks until AP tests,” junior Victoria Stukalova said. “That’s definitely not enough time to finish up all the curriculum that we need to.”

In a release earlier this week, the district stated that it would not be shutting down schools in the district; however, a release yesterday announced that students would be able to take a leave of absence for up to 10 days from school with parental approval. In a March 11 update, the district discussed the implications of school closures, stating that “broadly closing schools is a decision that is not taken lightly and is a last resort as it causes significant community disruption.”

Thus, the decision to close schools came as a shock to most students and others in the community.

“I’m surprised because the day before they were talking about a different type of solution to this but now they’re canceling school,” junior Faustine Wang said.

While some students were shocked by this decision, others viewed it as the inevitable solution to the growing pandemic.

“I think it’s very crazy, but also expected because Stanford and a lot of colleges shut down and we’re so close to Stanford,” junior Alice Wang said. “And Santa Clara County alone is nearly doubling the Taiwan coronavirus affectedness and it’s right next to China, so it’s kinda expected that [the schools] would close.”

Going forward, students face uncertainty over what the next few weeks will look like in terms of academics and socialization.

“I was kind of happy [about the closure], but I don’t know how it’s actually going to be,” sophomore Khushi Agarwal said. “I think we’re going to have to wait out a week and see what actually happens, and I don’t know if I can leave my house and stuff like that because you’re not going to see any of your friends for a month if you don’t leave your house.”

The Paly Voice will update this story as more information becomes available.