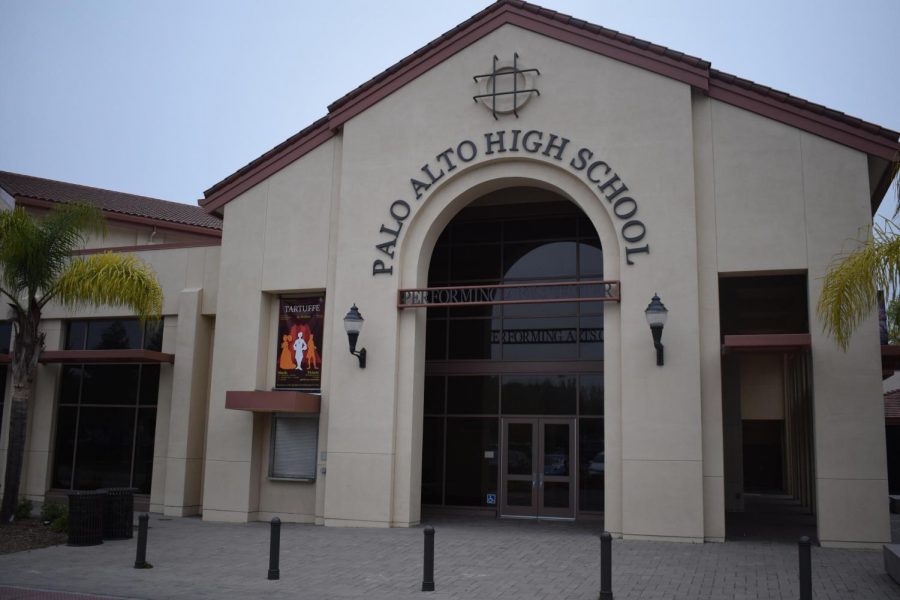 Editor’s Note: An updated article on COVID-19 closures can be found here.

The Palo Alto High School theater program will carry on with its first showing of ‘Tartuffe’ with an audience limit of 100 people on March 14, despite the district’s cancellation and postponement of school events. 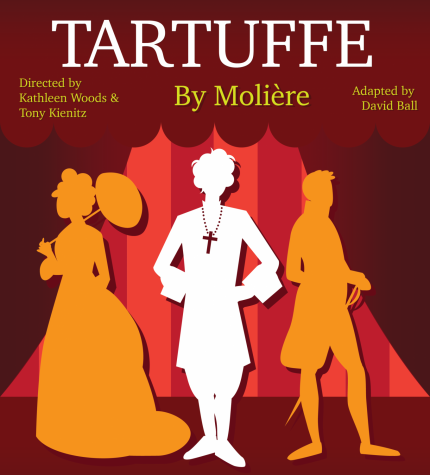 Palo Alto High School’s theater program will perform ‘Tartuffe’, despite regulations from the district that will limit the audience to 100 people. “In response to the 100-people limit, I do not think this interferes with the overall production of the show nor does it interfere with the quality of the show,” crew member Cody Hmelar said. Source: Paly Theatre.

Supt. Don Austin send out an update on March 9, notifying administrators and students that all group assemblies greater than 100 people would be canceled to prevent the spread of COVID-19. This included multiple huge events, such as California Assessment of Student Performance and Progress testing, which later changed to postponed.

According to Kathleen Woods, head of the theater program, PAUSD will allow high school productions to continue with some safety precautions.

“The PAUSD is currently allowing high school shows to proceed,” Woods said. “Audiences are limited to 100 people maximum and audience members must sit two seats away from each other. The Paly theater program hopes to ensure the health and safety of the members of the play and the audience.”

A cast member, who prefers not to be named, said the precautions benefit the wellbeing of the cast and crew, as well as the audience.

“I’m excited to do the show, of course, but I don’t necessarily think that capping the ticket sales will keep germs from spreading,” the source said. “They are also sanitizing everything in the theater as much as possible, which is important.”

Many cast and crew members feel a sense of gratitude toward PAUSD for allowing them to continue their hard work in the production. However, some are not sure how they feel about the changes. Sophomore cast member Anneke Salvadori expressed her doubts about PAUSD’s preventative measures.

“Honestly, I thought the show was going to be canceled overall, so it’s nice that we still get to perform,” Salvadori said. “I don’t think that making sure the audience is at least two seats away from each other will do much to prevent any spreading of a virus. … I do think the performing experience will be very different and we’ll have to see how the audiences react.”

“The new guidelines provide additional stress and work for us to ensure the utmost safety of all of our patrons,” Hmelar said. “But it is definitely worthwhile to make sure anyone who wants to see the show can see it. ‘Tartuffe’ is a comedy and I think our world really could use some lightheartedness in this troubling time. Comedy is meant to bring us all together. The show has a little something for everyone.”

Tartuffe will be shown from March 14th to March 22nd in the Performing Arts Center. Tickets can be purchased online at palytheatre.com.