TikTok goes the clock: how TikTok is changing the lives of teens 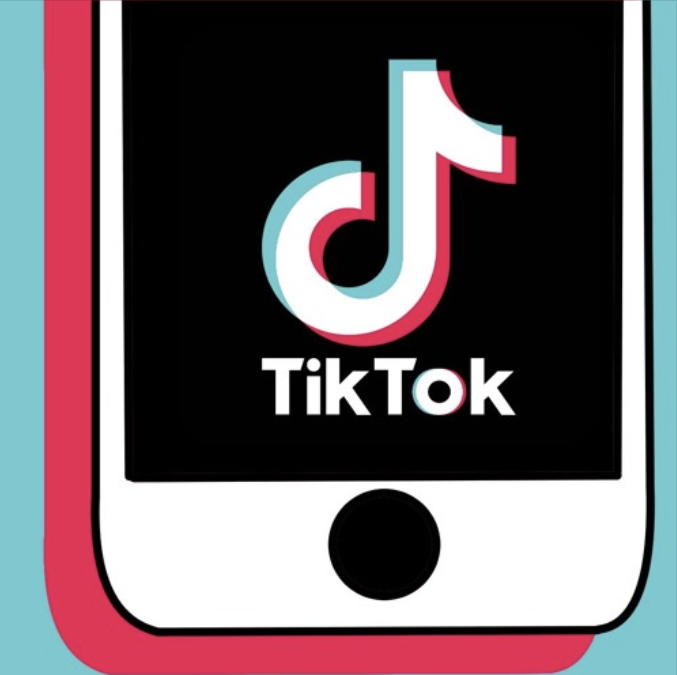 Launched in 2016, TikTok has not had a large presence in pop culture until now, in early 2020. According to Business of Apps, there are over 500 million users posting dances, skits, and challenges daily.

Though targeted toward teens, the trendy app is used by a wide range of people, from doctors to teachers, and to even major news publications such as the Washington Post. Unsurprisingly, according to several Paly students, the explosive growth of TikTok has become a significant part of Paly’s pop culture.

Paly sophomore Renee Vetter has risen in popularity on the platform. With 60.2k followers, she posts one to two times a week. Like most people who are “TikTok famous,” Vetter rose to fame because of her unique content, specifically her skits and pranks.

“I started because my little brother told me about a funny video he saw and it looked fun, so I downloaded TikTok,” Vetter said. “I decided to make one with words written on cards and it got a lot of views, so I kept going from there.”

In May 2019, Vetter’s tiktok of her putting her foot into a shoe full of shaving cream went viral, receiving 6 million views and 1 million likes. Since she went viral, Vetter has continued to post comedic skits on her platform, many of which received thousands of views.

“I like to make funny TikToks or TikToks with a trending sound but with my own twist in them,” Vetter said. “I don’t like dancing ones because they’re very fast and hard to do.”

The majority of TikTok users at Paly don’t have as big of a following as Vetter, but they continue to produce interesting content on a regular basis. Another Paly student who uses TikTok is junior Trisha Razdan.

“TikTok is really a great place to post short, funny videos, and that type of content is really simple to watch, so a lot of people can enjoy it,” Razdan said.

Like Vetter and Razdan, most people use TikTok for lighthearted entertainment. Social media platforms such as Instagram and Snapchat also provide this type of entertainment, but unlike these popular platforms, Vetter and Razdan feel that TikTok has a special quality of making it very easy for users to get addicted.

“I think TikTok is very addicting because the videos are so short and you have the ability to literally scroll forever,” Vetter said. “You always want to see what the next video is. It’s a lot harder to stop watching them and you lose track of time.”

“It’s definitely addictive,” Razdan said. “There are a lot of really funny tiktoks, and because of this, it’s really easy to just stay on the app for hours. If you do the dance challenges, learning them can take up time too.”

The addictive nature of TikTok is acknowledged by many users, but there does not appear to be a clear solution to the issue.

Because tiktoks are usually less than a minute long, it’s easy for people to lose track of how much time they spend scrolling through tiktoks because it doesn’t require a lot of time to scroll on the page. If people continue doing that, they eventually end up scrolling through entertaining.

People who work at TikTok have made efforts to help the general public limit screen-time on the platform. Jeffery S. Collins is a senior director of trust and safety at TikTok. He said that while users have the ability to scroll freely on the platform, they have implemented restrictions on the overuse of screen time.

“We really try to provide tools that our users can use to create the environment they want in the app,” Collins said. “The next thing we have are procedures that we use to make sure things are safe and keep things off the app that should be.”

Despite the dangers of TikTok, according to several Paly students, the app is a fun social media platform to use with moderation. Every tiktok has its own story, which is one of the many reasons why the app has gained so much popularity within a wide range of people.