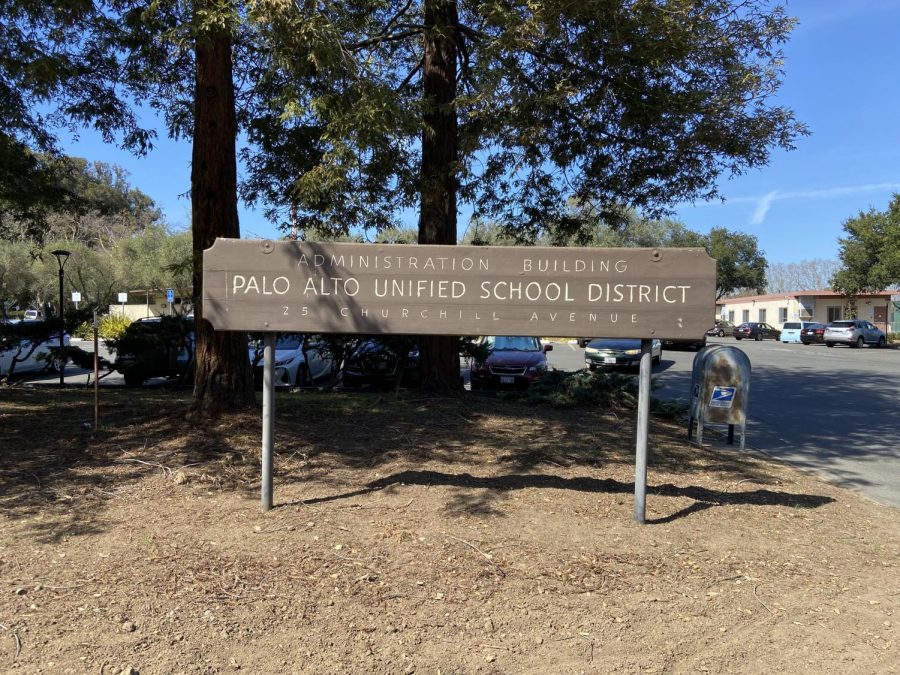 Editors note: After review, The Paly Voice has corrected the language of the story below to indicate that Diana Chen claimed the request for the number simply has to be approved before being released to the public.

After last week’s email sent out to parents and staff about a parent of two Palo Alto Unified School District students who might have come in contact with the COVID-19 virus, PAUSD schools remain open with district officials remaining silent on most questions about how they are handling the situation, while surrounding schools including Menlo School and Stanford University have closed due to possible exposure of the virus to staff members and students.

School and district officials would neither confirm nor deny reports that the two students of the parent, have returned to school.  Diana Chen the secretary to assistant superintendent–educational services said that after review, Assistant Superintendent Equity and Student Affairs Yolanda Conaway would decide whether to release the attendance number. The Paly Voice sent two emails regarding the matter but received no response.

When students returned Monday, there was a drop in attendance noticed by some students and teachers, which both Paly attendance clerks, Paly Assistant Principal Tom Keating, and district officials refused to comment on.

According to attendance clerk Jaime Anderson, the Paly administration is not allowed to release information about attendance, and she said that it was at a district level whether they could officially confirm the number of absences from Monday.

In the past, the attendance office has released numbers relating to absences from students. For instance, a 2018 story by The Paly Voice, the Paly administration detailed an increase from 36% to 51% in 2017 of parent-guardian exemptions of students during the California Assessment of Student Performance and Progress. In a 2017 senior cut day story by The Paly Voice, exact numbers for how many seniors had excused and unexcused absences for the day were provided. Additionally, a story written in 2018 by The Paly Voice about a flu outbreak included the exact number of students who had missed school due to illness over a two-week period.

The possible presence of the virus in the community has caused worry among students and their parents. Senior Haley Ho said her mom almost made her stay home this week.

“I was kinda scared to come to school, especially since my mom has immunodeficiency, so she’s kind of at risk of getting it [COVID-19] if it is spread around at school,” Ho said. “I decided to come anyway and just wash my hands really frequently.”

Over the weekend, six custodial staff members went around Paly disinfecting the classrooms thoroughly, making sure to clean any surface that students touch, according to assistant principal Jerry Berkson.

“The number one priority is rooms where the student could have been, followed by high traffic areas,” Berkson said. “They cleaned the gym over the weekend because of the playoff game.”

“We started to incorporate wiping hard surfaces down, especially surfaces that are touched on a daily basis,” custodian Albert Hidalgo said.

According to Hidalgo, some teachers have also begun to clean their classrooms.

“I think in most classrooms now I’m starting to see hand sanitizer, and classes are also helping out with wiping down computers and their work area as well,” Hidalgo said. “So it may seem like it’s a lot of stress on us custodians but we get help, which is pretty cool.”

As of now, there are only two custodians on campus cleaning classrooms and school spaces, according to Berkson.

Journalism adviser Rodney Satterthwaite said he doesn’t personally clean his classroom, and that the district sent an email over the weekend that said custodians would clean all the classrooms, including those in the Media Arts Center, but didn’t.

“We got an email saying the district was going to do a deep clean of all of the buildings and areas of campus, and it was clear they didn’t, and we came on Monday and there was still hair on the stairwell, trash in the garbage,” Satterthwaite said. “The desks hadn’t been moved from where we left them, so it was clear no one had come to clean the MAC. I know one of the other teachers in the MAC sent an email to Mr.Paulson, and he got on it, and it eventually did happen.”

Berkson said that admin is still waiting to hear back from the district on how to deal with the budget to purchase cleaning supplies.

Just across the street from Paly, earlier today, Stanford University announced through two emails sent out to students and staff that the university would be closing school next week, students’ finals will be taken at home, and the class of 2024 admit weekend has been canceled. The recent virus outbreak has affected many Stanford students including sophomore Emilia Diaz-Magaloni, a Paly alumna and former staff member of The Paly Voice, who had to cancel her semester abroad because of it.

“It’s pretty crazy, and a lot is uncertain right now,” Diaz-Magaloni said. “I was planning to go abroad in the spring so I was upset that that was canceled. At the same time, I feel like Stanford’s response has been very effective and quick and they have reacted to the changing situation very well.”

On Wednesday, Menlo school in Menlo Park canceled school for the rest of the week, after a staff member came into contact with the virus, according to current senior Santiago Garcia-Mendez.

Garcia-Mendez said through a Snapchat message that admin sent out an email to students and staff about the staff member who came into contact with a relative infected with the virus and that he doesn’t think school should start back up again.

“The school sent out an email to all students and staff that a staff member had come in contact with a family member who had tested positive for the COVID-19 virus,” Garcia-Mendez said. “All school will be canceled till Sunday but I think it is best if school is closed for longer, as this is not something that will pass quickly and the amount of people with pretty old parents should be a good reason for the school to not resume session anytime soon.”

The most recent update from Superintendent Don Austin on the COVID-19 virus, as of March 5, can be found here. According to the update, work on the new PAUSD guidelines has been accelerated and will be available no later than 6 p.m. on March 9.

This story will be updated as more information is released.