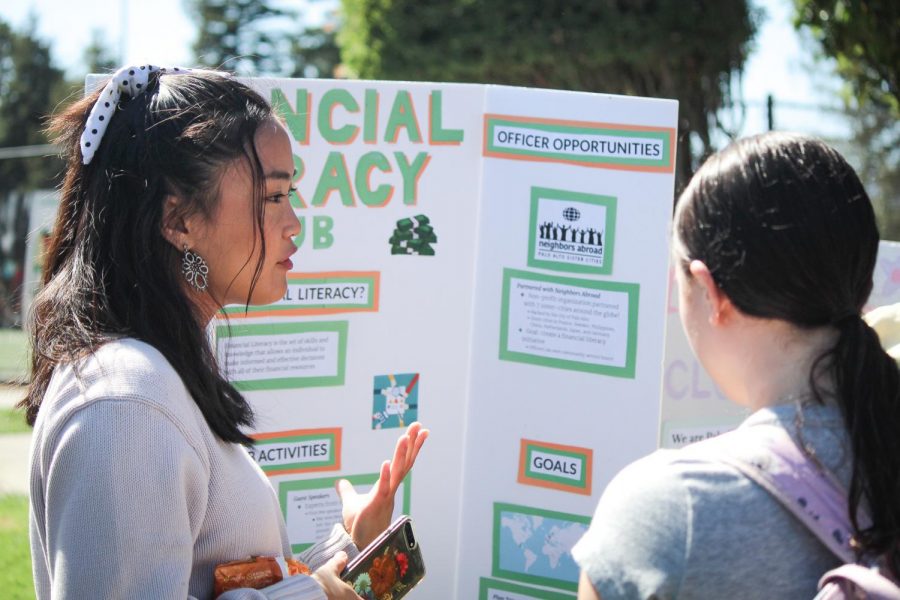 Students will have the opportunity to explore around a dozen new clubs, including Neuroscience Club and Bike Fixing Club, at Palo Alto High School’s second Club Day at lunch Tuesday on the Quad.

Some of the other new clubs featured include Community Garden Club, Girls Learn International, and Pottery Club.

According to Medha Alta, the Associated Student Body’s Clubs Commissioner, the wide variety of clubs offered at Paly cater to all student interests.

“After these clubs are chartered, we’ll have around 120 clubs on campus ranging from economics clubs to e-sports to YCS-Interact to Best Buddies,” Alta said.

One of the new clubs this semester is Buds 4 Better, which is dedicated to sharing and working through personal struggles in a safe environment, according to juniors and club presidents Simrun Rao and Stephanie Peng.

“They [students] come and they can discuss what they’re going through,” Rao said. “Each time we try to get through a few issues, and we also have stress-relieving activities.”

Although the club is open to everyone, it is geared toward those who may struggle with learning disabilities.

“We support students who might have learning disabilities to show them how they can reach out to different resources like teachers and how they can connect better with their advisor to get academic or whatever other help they need,” Peng said.

Rao and Peng were inspired to start Buds 4 Better based on their own experiences at Paly.

“Personally, I felt really ashamed of why I was going through this, and I never really felt like I had anyone there for me through those struggles,” Peng said.