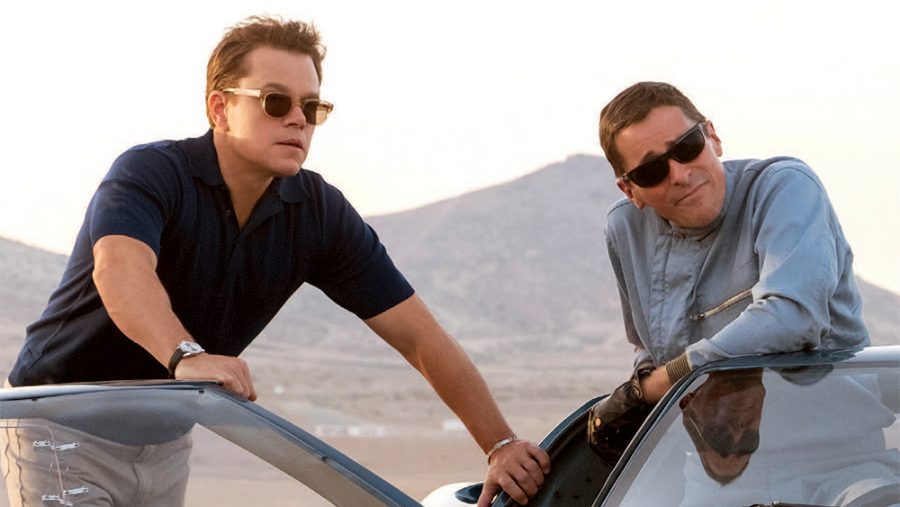 “Ford v. Ferrari” is the sort of underdog tale that resonates universally with audiences – easy to understand yet exhilaratingly fun all the same. Set in the 1960s, the movie recounts the journey of two mavericks, Carol Shelby (Matt Damon) and Ken Miles (Christian Bale), and their triumph over racing giant Ferrari in the 1966 Le Mans race.

Directed by John Mangold, the movie begins with the two main characters at lulls in their lives – with Shelby unable to race due to heart problems and Miles having his auto garage repossessed and being forced to quit amateur racing. However, opportunity strikes when the Ford Motor Company recruits the duo to join the fledgling Ford racing division in the hopes of beating the Ferrari racing division at the Le Mans race following a humiliating attempt to acquire the Ferrari car company.

Unlike the title may suggest, the central conflict isn’t really between Ford and Ferrari; a simple Google search will reveal the outcome of that 1966 race. Rather, the conflict tgat occupies much of the movie’s runtime is between the Ford managers holding the purse strings and the pair running the division. As the racing division works to develop a championship-winning car, the maverick duo is forced to grapple with interference from the Ford corporate machine, embodied by Leo Beebe (Josh Lucas), in addition to the struggles of winning against a monolith of the racing world.

Excellent performances by main actors, Bale and Damon, ensure that even the biggest motorheads among audience members remain invested in the corporate drama. Bale’s fiery and confrontational character is tempered by Damon’s calmer yet oftentimes equally-as-daring character. Together, the two characters make for a dynamic duo who bring energy into every scene they are in

Through clever editing and excellent cinematography, the film conveys distinct styles of racing in each of the significant racing events in the film. For example, with the amateur race that Miles participates in, the camera remains grounded and close to the action, highlighting Miles’ skill as a driver as well the more chaotic nature of an amateur race. On the other hand, the climactic Le Mans race includes more far away shots, putting just as much emphasis on the car Miles is driving as it does on Miles himself, making the audience just as aware of the Ford GT40’s phenomenal capabilities as they are of Miles’ skill as a driver.

Between corporate intrigue and raceway drama, the action never seems to stop, making for a movie that is sure to entertain and thrill despite its foregone conclusion, and while the movie isn’t truly exceptional enough to win Best Picture at the upcoming Academy Awards, it remains a racing movie that everybody should take the time to watch.

“Ford v. Ferrari” was nominated for four award categories at the 92nd Academy Awards, including Best Picture, Best Film Editing, and Best Sound Editing. It also was chosen by the National Board of Review as one of the ten best films of the year.