It’s time to make sports into a class 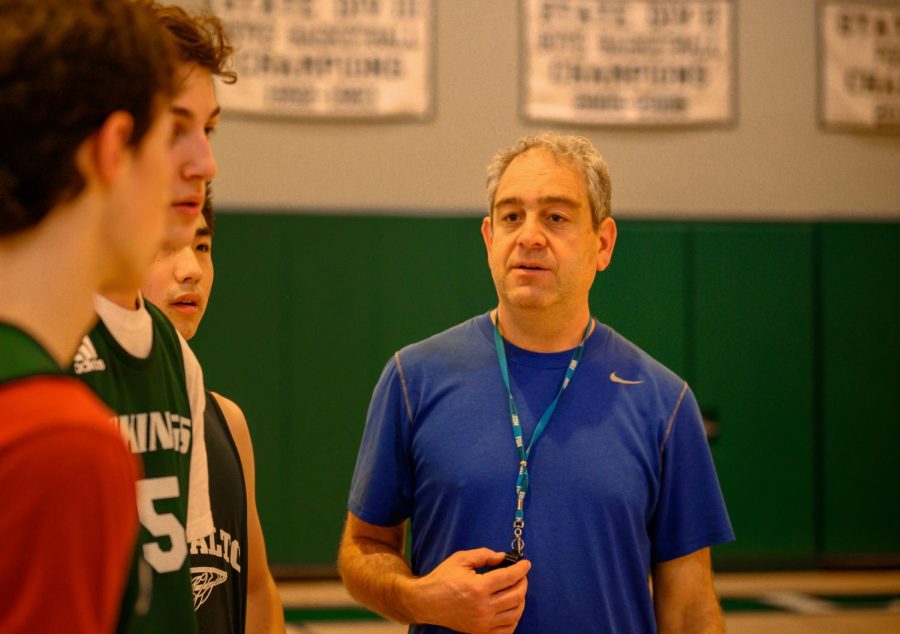 In the past decade, the issue of high coach turnover rates has become Palo Alto High School Athletics Department’s next big dilemma.

But some sports have seen little to no turnover. Andy Harader has coached the tennis team for over 20 years and Physical Education teacher Peter Diepenbrock coached the basketball team for 13 years before retiring last year. Assistant wrestling coach Tony Brewer has been involved with both the baseball and wrestling teams for over 25 years.

A stable coaching staff and an established program makes a team more likely to succeed. Between years, students have a consistent experience at practices and the program is most likely to recruit talented athletes. On the other hand, an unstable program could hurt a team’s prospects as students have to readjust to a new training regiment, team culture and more every year instead of focusing on improving their own skillset.

“Coaching relationships are built on mutual respect, and that only happens through time,” Gifford said. “Constant turnover — in terms of leadership, goals, values, techniques, language — now you spend all your time relearning all of that as opposed to growing as an athlete.”

Gifford doesn’t believe that Paly’s high turnover rates are unique. After all, roughly one in six high school football coaches in Southern California were let go or left the job in any given year.

Given the prominent role of sports in Paly culture and the success of many of our teams, one may wonder, why are coaches fleeing our school at such high rates?

The most obvious culprit might be the compensation and working hours. Per season, most head coaches are paid around $4,300, and an assistant coach might be paid $3,500. The coaching stipend can barely cover a month of rent in Palo Alto, and off-site coaches — that is, coaches who don’t teach a class at Paly — likely work another job, have to commute from far away or both. Additionally, practices are usually held after school, and those hours significantly decrease the number of willing candidates, be it because of the commute or a struggle to balance coaching and family life.

While increasing the pay that a coach receives might be a step in the right direction, it still might not be enough to attract and keep talent. Even if the district doubled the coaching stipend, it would still be difficult to compete with private clubs and organizations where coaches can be paid much more for private lessons.

In the past, one consideration while the administration sought teachers, was whether they would also be interested in coaching a sport. And in some cases, that’s what happened. Diepenbrock, Jason Fung and David Duran are three Physical Education teachers at Paly who currently, or used to, coach a sport.

Paly and the School District can certainly take steps to incentivize talented coaches to stay. Many public school districts, such as Fremont Union High School District, designate sports as a class that student athletes may earn credit for. Not only can practice be held during school hours so students can get home earlier, coaches are then considered teachers, and would be compensated accordingly. At a school where we have extensive journalism, ceramics, and even sports medicine coursework, this is not particularly radical.

“I would love to see an approach that would view athletics as a co-curricular activity [as opposed to an extracurricular activity] which I think in turn would push the district to incentivize hiring teachers who coach,” Gifford said.

A push to make sports into a co-curricular activity might take years for the district to plan and implement, but such an approach could fundamentally change the way we view athletics in a school environment.

“Particularly at Paly where we have fantastic athletes who are fantastic students — how great would it be if we could be a model of both athletic and academic success and achievement?” Gifford said. “How cool would that be? That’s pie-in-the-sky stuff.”

Editor’s Note: An earlier version of this article stated that Pete Fukuhara has been coaching the wrestling team for nine years. This information is incorrect; this is Fukuhara’s sixth year coaching baseball.